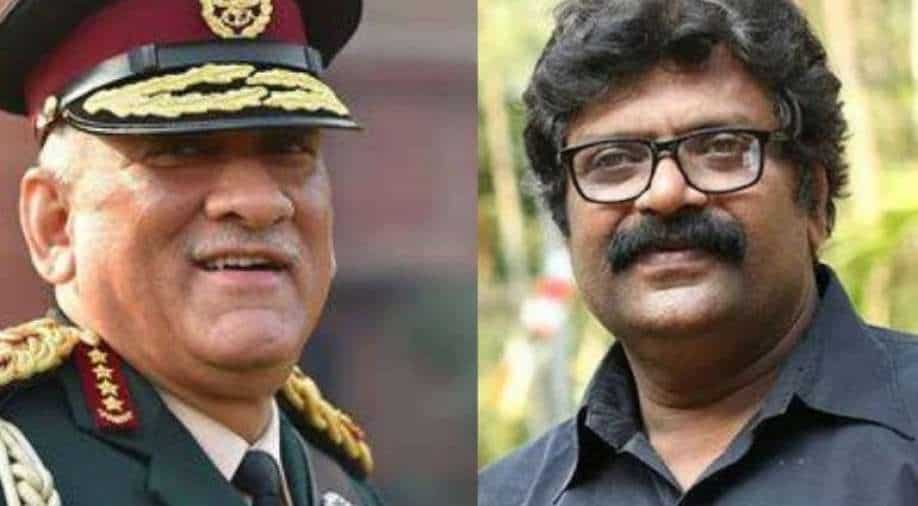 The tragic loss of Chief of Defence Staff (CDS) General Bipin Rawat has shocked the entire country. Gen Rawat, his wife Madhulika and 11 others died in an Indian Air Force helicopter crash in Tamil Nadu on Wednesday (8 December). However, recently Malayalam film director Ali Akbar came down heavily on people indulging in spreading hate and celebratory messages on social media over the death of the CDS and others killed in an army chopper crash.

Reacting to the same, the filmmaker announced that he and his wife will give up his religion Islam in protest against a section of internet users mocking the tragic death of CDS Bipin Rawat and others.

He made the announcement in a video shared on social media. ''I am not a Muslim from today onwards. I am an Indian," the filmmaker said. Slamming those who put smiley emoticons on the news report related to the death of General Rawat. Filmmaker said he could not stand with the "anti-nationals" anymore.

Malayalam film director Ali Akbar has converted to Hinduism and changed his name to Ramasimha, saying, "It's a protest against those Muslims who were putting smileys on posts related to the death of CDS General Bipin Rawat. Why are religious leaders not correcting them?" pic.twitter.com/5MHOM4wohf

Later, he announced that he and his wife will get convert to Hinduism and he will also change his name from Ali Akbar to Ramasimhan. Reportedly, he said, he wouldn't force his daughters to change their religion.

"It's a protest against those Muslims who were putting smileys on posts related to the death of CDS General Bipin Rawat. Why are religious leaders not correcting them?," he said.