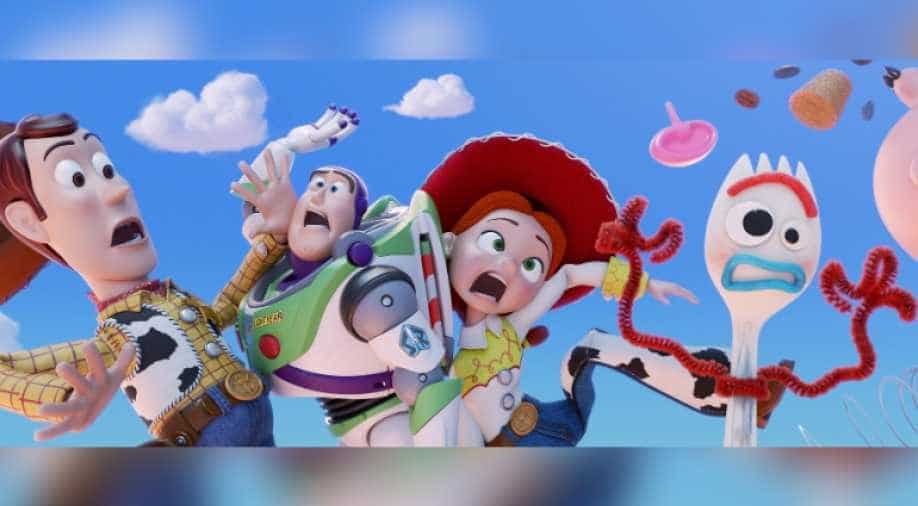 Directed by newcomer Josh Cooley and with a release date of June 21, Toy Story brings back the beloved toy characters of Woody and Buzz Lightyear but also includes the return of Bo Peep and the debut of a new and unique character named Forky.

After three films that have been among the crown jewels of animation, the 'Toy Story' (TS) franchise is now coming out with a fourth movie, the top executives of which defended the special universe created by Pixar and said that toys are a child's "first friend."

"I think there is a fundamental truth of TS in this world, you know, about toys coming to life. It sort of taps into the sense of childlike wonder," 'TS 4' producer Jonas Rivera told EFE during an interview at the Pixar headquarters in Emeryville, California.

"There is a little bit of a Peter Pan flavor to that. I always thought that seeing your kids playing with toys in a way it's like their first friend outside of the family. There is something universally satisfying of that world - we just love it," he added.

Directed by newcomer Josh Cooley and with a release date of June 21, Toy Story brings back the beloved toy characters of Woody and Buzz Lightyear but also includes the return of Bo Peep and the debut of a new and unique character named Forky.

A pioneer in showing the artistic possibilities of digital animation films, the original 'Toy Story' in 1995 launched a saga that was both fun and emotional for kids and adults alike, thus beginning the reign of the Pixar studios in the sector and leading to the release of other hugely popular films like 'Monsters, Inc.' (2001), 'Finding Nemo' (2003), 'Ratatouille' (2007) and 'Inside Out' (2015).

After a sequel - 'Toy Story 2' (1999) - that maintained the high level of the original films, fans believed that 'TS 3' in 2010 would be an ideal wrap-up for the saga, something between a tender smile and a tear-filled farewell.

So, and although the director and the producers of "TS 4" admitted that the earlier film seemed to be a perfect finale, they also tried to explain their rationale for yet another film.

"Toy Story has always been about Woody and TS 3 is the end of him and Andy. And the question was: what happens if you get another chance? Because Woody does get another chance (...). If you accept that, then you have to believe that is not going to be the same as it was. How is it? Who is there, what's missing, what's wrong?" Rivera said.

One of the attractions of 'Toy Story 4' is the reappearance of Bo Peep, the ceramic shepherdess who loved Woody.

"The idea of what's her life been like, how is life out there. So, we were able to really dig deep in her character and to develop in a way to make her that she's living this really interesting lost toy life out there, that to Woody is something he's never considered, it's almost one of his worst fears," the director added.

Despite the fact that Bo Peep appears this time as a much more independent woman, the film's top execs did not link her directly to the recent rise in feminism.

"It takes like five years to make these movies. So, if we could look into the future I would be playing the lottery," joked producer Mark Nielsen.

"Bo actually has been that way. ... Whenever Woody is not sure what to do, he goes to her (...). She's got a level head, she's always kind of one or two steps ahead but she's not at the front of the movie. So this is an opportunity to bring her to the forefront and show how smart she is," he said.

'Toy Story 4' also includes the debut of Forky, a dim and insecure toy made by the girl Bonnie of pipe cleaners and a plastic fork.

Cooley emphasized the diverting dilemmas that the character faces, given that he does not know he's a toy and doesn't want to be a toy.

He said that Forky doesn't understand any of the rules of the world, such as why a child would want to sleep with their toys, and Woody has to explain to him "what it means to be a toy."

Finally, the Pixar execs spoke about John Lasseter, the Pixar guru and director of the first two TS films who had to leave the studio in 2017 after being accused by some of his staff of harassment.

"We would be lying if we didn't say it was a big deal and (it) didn't have an impact on us," Rivera acknowledged, while Nielsen emphasized the "resilience" of the Pixar team.

"It was tough but everybody was like: let's get back to work, let's focus on the movies," Nielsen said.