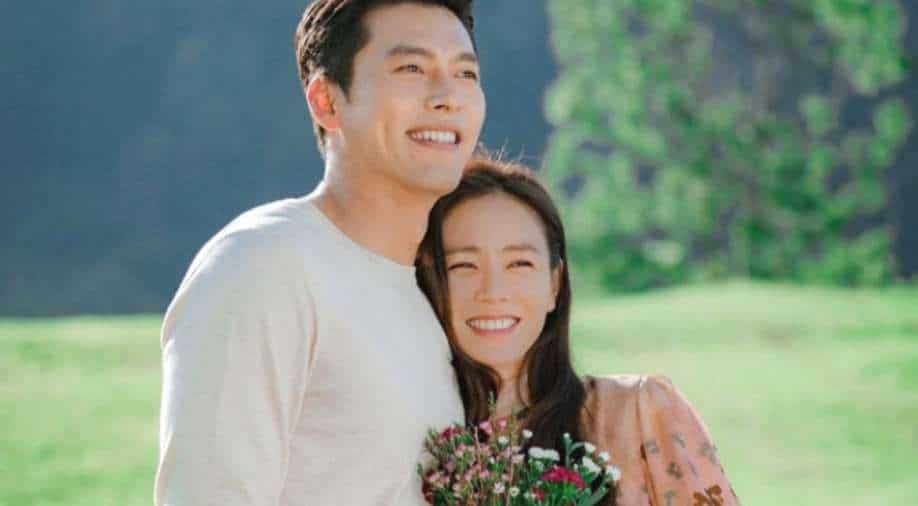 Popular Korean stars Son Ye Jin and Hyun Bin became the very well-known worldwide after they played a lead couple in the 2019 rom-com drama
'Crash Landing On You'.

One of the most loved Koran dramas 'Crash Landing On You' stars Son Ye Jin and Hyun Bin, tied the knot in a fairytale wedding this year. However, recently netizens started gossiping about Son Ye-jin's pregnancy.

The talk started after Son Ye shared beautiful pictures of her in which she's wearing a loose white maxi dress as she's posing in a picturesque garden with her dog. The picture quickly attracted the netizens' eyes who in no minutes started wishing the actor.

Now, putting rumours to the rest, the Korean star's agency has released a statement and revealed that the actress is not pregnant.

Son Ye-jin’s agency MSTeam Entertainment said in a statement, “[The pregnancy rumours] are absolutely not true.” The agency noted, “If there is good news, we will be the first to officially inform you.’

Popular Korean stars Son Ye Jin and Hyun Bin became the well-known worldwide after they played a lead couple in the 2019 rom-com drama
'Crash Landing On You'. The couple made their relationship official in January 2021 and announced their engagement in February this year via social media.

The couple got married in March this year in an intimate ceremony with limited guests.