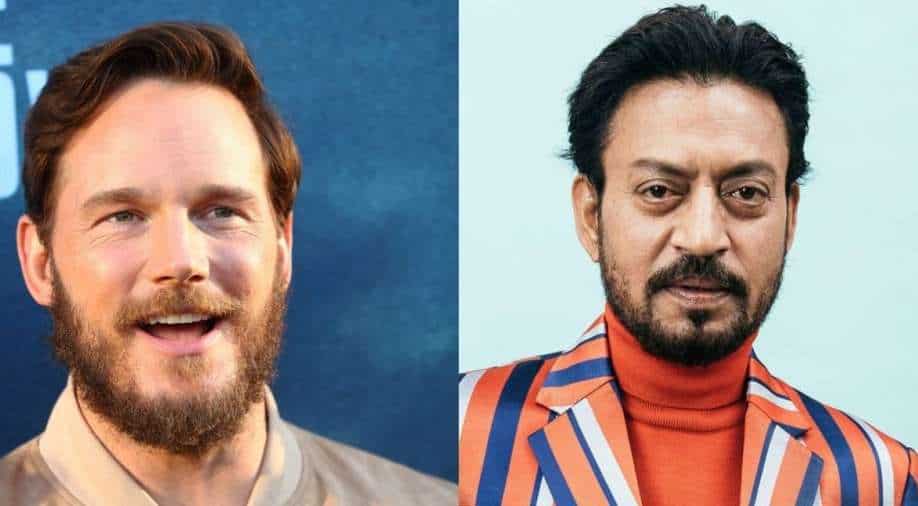 In the 2015 film, Irrfan played the role of Simon Masrani, CEO of the Masrani Corporation which owned the theme park- Jurrassic Park.

'The Jurassic World' series star Chris Pratt is set to reprise the role of Owen Grady in the upcoming movie 'Jurassic World Dominion.' The film begins from the ending of the last movie 'Jurassic Park: Fallen Kingdom,' in which the dinosaurs were let loose in the world. Amidst this, the lead of the film, Chris remembered the late Irrfan Khan during his recent conversation with the press.

Recalling his experience of working with Irrfan, Chris said that he was "just such an elegant man... like, down to his fingernails. There was just an elegance about him. He was also so powerful. It`s really a rare combination for there to be such strength in softness. And that`s what I would call elegant - he could do very little and still he would be doing so much."

"Just by his sheer presence, and his sheer charisma, that he would bring to a role. One tiny flick of an eyebrow, or one tiny little move, was so powerful,” he added.

In 'Jurrasic World' which was released in 2015, Irrfan played the role of Simon Masrani, CEO of the Masrani Corporation that owned the theme park.

After fighting a two-year battle with cancer, Irrfan succumbed to the disease in 2020. His final movie was 'Angrezi Medium' which was released in March 2020.

Chris Pratt was among several other Hollywood stars, who paid tribute to the legendary actor during the time of his death. "So sad to hear about the passing of screen legend @irrfank Irrfan Khan played Masrani in Jurassic World. He was an exquisite actor and human. He will be missed," he had tweeted back in 2020 soon after Irrfan Khan's death.