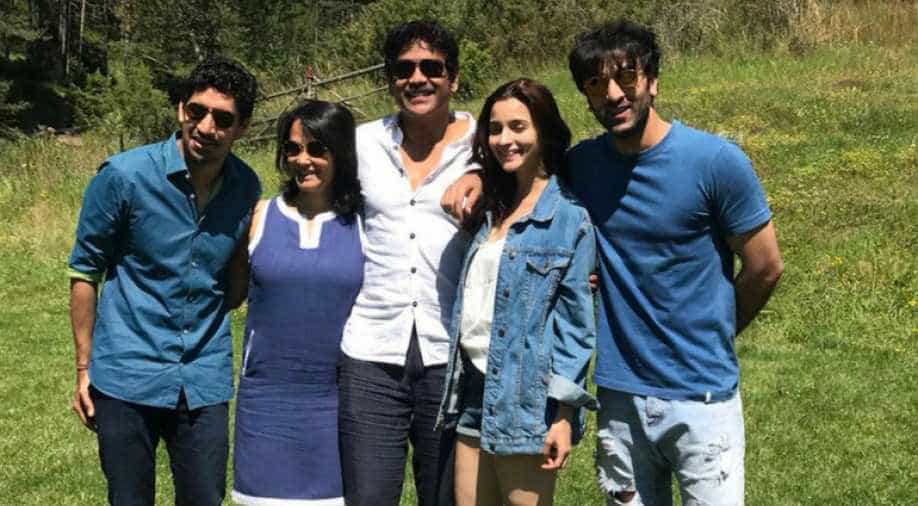 Actor Nagarjuna has joined the cast of 'Brahmastra'. Photograph:( Twitter )

Nagarjuna will be seen in the role of an archaeologist in the film while Alia Bhatt and Ranbir Kapoor will play leading roles in this Ayan Mukerji directorial that is a supernatural fantasy trilogy.

Hindi film ‘Brahmastra’ has been in the making for quite some time now. Makers revealed that the Alia Bhatt, Ranbir Kapoor starrer will have South star Nagarjuna play a vital role in the film.

Nagarjuna will be seen in the role of an archaeologist in the film while Alia Bhatt and Ranbir Kapoor will play leading roles in this Ayan Mukerji directorial that is a supernatural fantasy trilogy.

The film will have Amitabh Bachchan who has worked with Nagarjuna previously in ‘Agni Varsha’ and ‘Khuda Gawah’. He will, however, be seen with Alia and Ranbir on the screen for the first time.

A source cited in a media report said, “An important event leads Shiva (Ranbir) and Isha (Alia) to Nagarjuna. The story unfolds in the ancient temple city before moving to the Himalayas. The film’s antagonists, Mouni Roy and Saurav Gurjar, also come into play because of Nagarjuna’s track. The adventure kicks off after all of them come face-to-face in Varanasi. A high-octane action sequence featuring them was shot earlier in the year.”

Talking about ‘Brahmastra’, Ranbir in an earlier interview said, “It is actually a supernatural romantic fairy tale at heart. Ayan will never make a character that doesn’t have truth to it, or which is unbelievable. It’s too early to talk about the film, but it is something I am terribly excited about.”

‘Brahmastra’ is the first in a three-part series film. It reportedly aims to infuse ancient Indian mythology and science fiction. Ranbir reportedly plays a guy with special powers and is named Shiva.

The director when talking about the film had earlier said, “It’s a modern-day film set in India as it exists today. But the reason it’s called Brahmastra is because the energies, wisdom, powers in the film come from ancient India. That’s all I would say. There are some costumes, may be not the way you’d expect them to be.”

Meanwhile, Mouni Roy will play a negative character in the film.