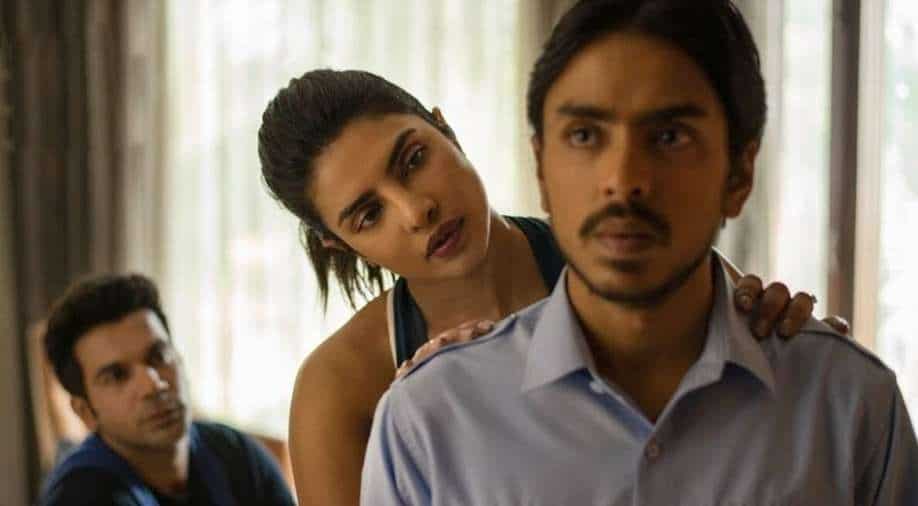 ‘The White Tiger’ will release in select theatres, as well as on Netflix on January 22.

The film helmed by Ramin Bahrani is his adaptation of  Aravind Adiga's Man Booker Prize-winning debut novel of the same name.

‘The White Tiger’ apart from Priyanka Chopra alo features Rajkummar Rao and Adarsh Gourav in an important role. Priyanka and Rajkummar play the role of a couple whose lives change after they travel to India from the US for business. Adarsh Gourav plays the role of their poor driver Balram Halwai in the film.

Sharing the trailer on social media, Priyanka Chopra wrote: "Presenting the first look trailer of #TheWhiteTiger. You believe your destiny is what was bred in you... till you find a way to break free...I'm so proud to be part of this project. From writer-director Ramin Bahrani, The White Tiger is an adaptation of The New York Times Bestseller and the 2008 Man Booker Prize Winning novel by Aravind Adiga."

The trailer starts with Adarsh Gourav introducing his character and shows how he uses "his wit and cunning to break free from servitude to his rich masters".

In #TheWhiteTiger, I play the role of Pinky madam, who is a first generation immigrant in the US. She is in India with her husband, who is travelling for business. And then... life changes! Pinky madam is such a specific character, to play her unravelling in the story was such a joy. This is a story that needs to be told and it comes alive with its characters so compellingly in Ramin’s hands. The White Tiger, coming soon to Netflix globally. 📸- @khamkhaphotoartist @netflixfilm   @netflixqueue   @netflix_in   @gouravadarsh   @rajkummar_rao   @vjymaurya @maheshmanjrekar @mukul.deora   @Ava   @purplepebblepictures    @tessjosephcasting @tessjoseph19 @srishtibehlarya #AravindAdiga

Watch the trailer of The White Tiger here:

‘The White Tiger’ will release in select theatres, as well as on Netflix on January 22.