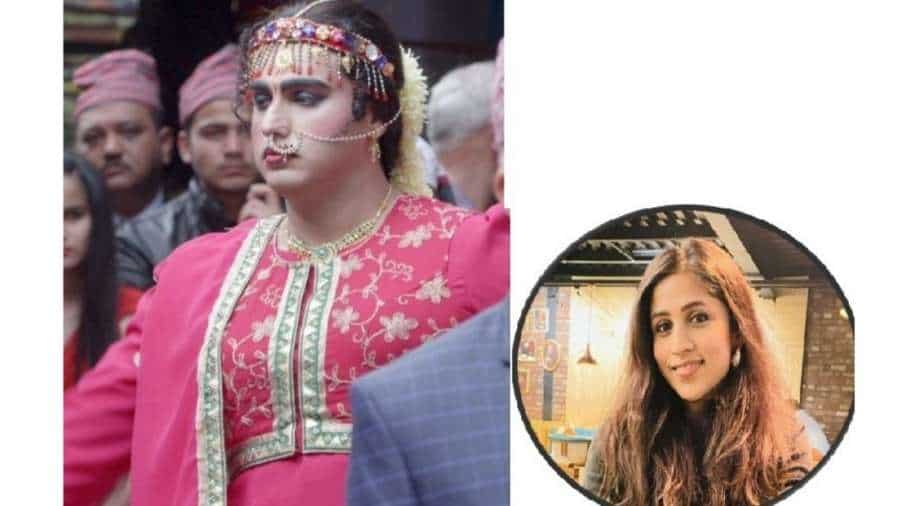 Without giving any more spoilers on the film, Arjun Kapoor and Parineeti Chopra’s film ‘Sandeep Aur Pinky Faraar’ has been a talking point for its storyline and Dibakar Banerjee’s style of storytelling.

As for Arjun Kapoor’s look, it was created and designed over two weeks to make the Bollywood actor look convincingly female as it was crucial to the storyline. It took Arjun Kapoor two hours to get into the look of the character in the film.

Revealing the details of designing Arjun Kapoor's look, Sanah said, "I sat with Dibakar and had a long discussion about each and every character, be it Arjun Kapoor to Dinkar to Sejal. He was very much precise about hair, makeup, beard. He was the one who gave importance to hair, wardrobe, makeup. I sat with him and we use to have long Discussions on the appearances of the characters. Arjun's character is of Haryanvi Police officer. We gave him a kind of rough, strong tanned look in this film. It looks really good on the screen and he has done an amazing job. I think he carried himself really good and his hair was short infact Hakim was with me and we all had a great experience working together with Arjun and even Parineeti.”

Sanah Kewal has worked as a Bollywood makeup artist and has been involved with actors like Kriti Sanon, Yami Gautam, Pareeniti Chopra, Dia Mirza, Nawazuddin Siddique, Angad Bedi, Sunny Kaushal, and many others.

Meanwhile, ‘Sandeep Aur Pinky Faraar’ marks the third collaboration between the lead actors Arjun Kapoor and Parineeti Chopra after they starred together in ‘Ishaqzaade’ (2012) and ‘Namaste England’ (2018).