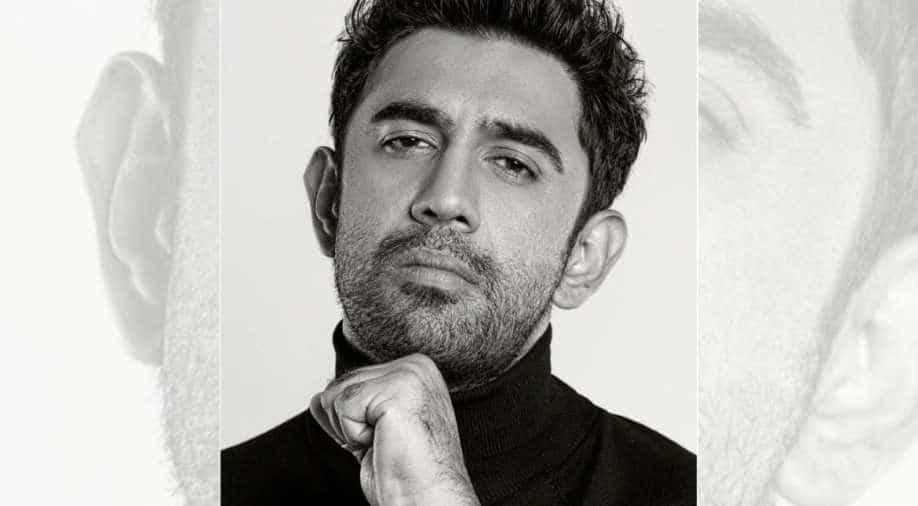 Amit Sadh exclusive interview for shakuntala Devi -  In an exclusive chat with WION, Amit Sadh speaks about wanting to become a catalyst for change in Bollywood, upcoming releases and the personality trait that attracts him the most.

With ‘Yaara’ having released today on July 30 and two other projects namely ‘Shakuntala Devi’, ‘Avrodh: The Siege Within’ releasing tomorrow on July 31, Amit Sadh is the man of the moment. He must have piqued your interest in ‘Kai Po Che’ with his charming screen presence and impeccable acting, but the actor has been entertaining us the most with an interesting lineup of projects in 2020.

Excited with response to ‘Breathe: Into The Shadows’, Amit Sadh, in an exclusive chat with WION speaks about wanting to become a catalyst for change in Bollywood, upcoming releases and the personality trait that attracts him the most -- being extra large in niceness.

“I am not selfish or insensitive to ask people to watch my work as the world goes through what it is right now but I am privileged and happy that all this is happening. What I am most happy about is that these couple of films and web series are a part of so many people. There is a whole ecosystem that is awakening -- hair stylists, costume stylists, makeup artists, spot boys. They are making money. Something is resurrecting and if I can play a small catalyst, a minute part in this new beginning, that makes me happy,” says Amit talking of the entertainment industry finally opening up in post-COVID world.

When asked why he said yes for a plot that has been explored before as Vicky Kaushal starrer ‘Uri: The Surgical Strike’ dealt with the same topic, Amit was quick to add that “this is not a movie but a web series”. He elaborates, “A web series allows you to make things in a more elaborate manner. While Uri was about the strike, this is about how it happened, the political scenario that led to a mission like this. The series is based on the book by Rahul Singh and Shiv Aroor, authors of ‘India’s Most Fearless’. Ours is a chapter from the first part. When I read the book, I was amazed at the authenticity, pain, detailing and the research that they've done. I was very excited about doing this besides I always wanted to do a uniform role.”

Sharing the trailer of #Avrodh once again for people who have missed it. Four more days to go. Super excited & super nervous. See you on 31st July 🙌🏻 @sonylivindia @applausesocial @rajacharya1

What about the comparison with Vicky? “To be honest, I'm not saying this in arrogance, because I'm not an arrogant human being but I'm very blindsided in what I am doing, my impulses and my instincts. It was a very intuitive decision. I felt that this is a great story. There are different aspects that you could cover and bring forward a more detailed account of what transpired. I didn't think about all that (comparisons) but now that I've been asked this question and this is a very legitimate question, I think I'll be happy if Vicky sees this. I would love to get his thumbs up as well on this.” Read our review of 'Avrodh' here.

Besides ‘Avrodh’, Amit will also be seen in the big-ticket film ‘Shakuntala Devi’ that stars Vidya Balan and Sanya Malhotra leading the plot. “It’s a very special film for me as it's been produced by my mentor, Vikram Malhotra. I am very upset with Vidya because I wanted to be opposite her and she made me her son-in-law but ‘Shaktuntala Devi’ is a Vidya Balan-Sanya Malhotra film. I have a small part in it.  I don't want to talk about it. I want it to be a surprise, a gift to people,” says Amit of the film without divulging much about the film that will stream on Amazon Prime starting July 31.

Amit believes that if an actor shines in an ensemble cast then its due credit goes to his co-actors who let him shine. Working in Breathe season 1 with R Madhavan and then with Abhishek Bachchan in Breathe season 2, Amit Sadh calls it a “privilege” to have collaborated with them. What did he take from those sets?

“Please don't think I am arrogant when I say this but when I'm filming especially when I do a part like Kabir Sawant, then at that time, Maddy sir is Danny for me and Abhishek is Avinash and J for me. They are two great actors. They are my seniors and have both been kind to me in different ways. Both have a different method of communicating like Maddy sir is someone I take counsel from. As for working with him, I feel in spirit, he'll always be there no matter how big and wherever Breathe goes from here. I always say that he's the spirit of Breathe. The first stone of Breathe was set with him. With Abhishek, what I like about him in fact this is something common between them that they didn't bring their seniority to the set. They were the kindest seniors to collaborate with. I think if I have shined in season two, it's because Abhishek let me shine. I’ll tell you when Christian Bale won a Supporting Actor Oscar for ‘The Fighter’, he went on to the podium and said, ‘Thank you Mark Wahlberg for letting me shine’. So I believe that and I love them a lot. I want to be like them when I become a senior.”

Everything is connected, only if you could see it! #BreatheIntoTheShadows Watch now, link in bio. @primevideoin @breatheamazon @bachchan @abundantiaent

This one is for my senior, my brother, @bachchan. The actor whom I've been closely following and looking upto since Guru, Yuva, Bunty & Babli and the list goes on and on. Bro, I just want to thank you. Thank you for being the best senior. For being an actor who treated me like his equal. You never once let me feel that you're more or I'm any less. You're the best listener in between takes. My performance as Kabir Sawant in Breathe is invaluable, incomplete without you. My celebration of Breathe, the happiness of our series reaching the depths of our country will not begin or conclude without this mention. You inspire me & I can't wait to get back on a set to work with you. I love J and I love Avinash. They became great friends. I love the relationship that developed between Kabir & Avinash. As you read this, I just pray to God that you, Mr Bachchan and your entire family (Aishwarya, Aradhya) recover from COVID and come back home healthy. So that you and I can meet and I can give you a tight hug. If they want to quarantine me for that for two weeks, I'm ready to be shut in for a month. I love you so much bro. Can't wait to see you soon! @breatheamazon #BreatheIntoTheShadows

How close or distant is Kabir Sawant from Amit Sadh in real life? He laughs and says, “So there is a lot of him in me. I guess there are few characters that you somehow are able to give it more life, more of yourself. All the emotions that you see in Kabir -- damage, guilt, brokenness, all the good in him, well, the way he protects those close to him -- I think I pick a lot of these personality traits from myself and a lot from my dad.”

Amit Sadh: The catalyst of change

Ask about his two-cents on the insider-outsider debate and Amit says, “Instead of telling what I think about outsider-insider, I want to be a catalyst. I want to be instrumental to eradicate this question. No artist in India should ever be subjected to this question and who can eliminate this? The people in power, people in position, the people whose words have power, the people who determine the course of an industry or of how things are going to go,” points Amit on the important subject.

What’s the easiest way to address this? “Dialogue is important, it has to start from within. The change we want to see in others, or in our society, or in the film industry, is the change that we have to bring in everybody collectively. I have an ideology on this -- that the people who have the thread are the insiders and people who don't have the thread are outsiders and it's the duty of the people who have the thread to also give that end to those who don’t have,” says the actor who believes in eventually becoming a champion of making resources available to all.

He simplifies, “I think badappan aane ki zaroorat. Badappan aayega, insider outsider sab bhaag jayega. (I think people need to have humility, that can absolve these boundaries of insider-outsider)”

Amit signed off the fun interaction with lots of laugh and gratitude without any plug of his future project maintaining that he loves well-intentioned conversations and wholesome chats.