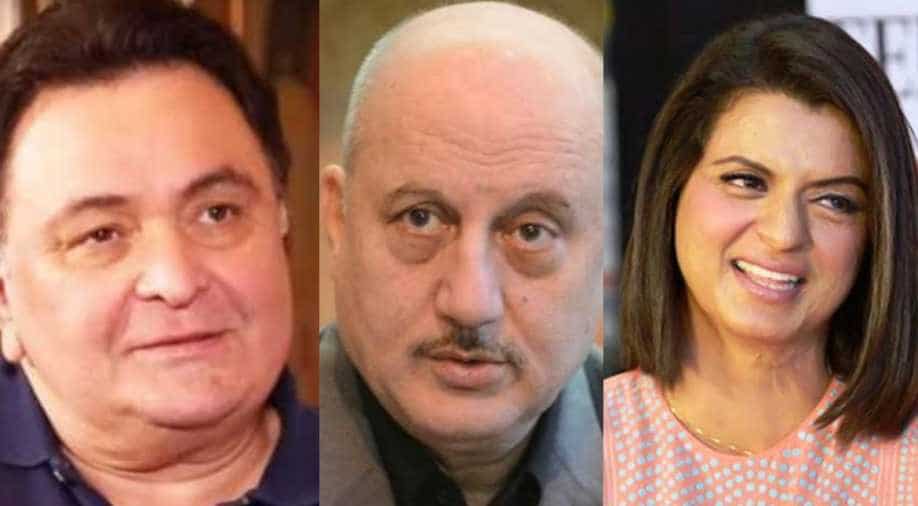 The gruesome rape and murder of the 25-year-old woman sparked a nation-wide debate on the issue of women safety.

In what has stunned the whole country today, police confirmed that the four accused in the rape and murder of a 25-year-old woman veterinarian in Telangana, have been shot dead in an encounter.

The police said that the four were killed in an exchange of fire in the wee hours of Friday morning as they tried to escape when the police took them to the exact spot of crime for investigation purposes.

While the issue has become a hot topic of discussion, first the crime and now the manner in which the alleged accused were killed, Bollywood celebrities have come out to support the police and laud them for their efforts.

Among the first was Rishi Kapoor and Anupam Kher who did not bat an eyelid before praising the efforts of the police. Anupam Kher wrote, Congratulations and #JaiHo to #TelenganaPolice for shooting down the four rapists of #PriyankaReddy in an "ENCOUNTER". Let's go! Now all the people who have raised their voice against the perpetrators of such a crime and wanted to punish them, speak loudly with me - #जयहो . 👏👍

Kangana Ranaut's sister Rangoli Chandel also took to Twitter: "Rapist was shot dead at the very place he raped the innocent girl and burnt her body, WOW!! we salute our police forces and of course the government for this revolutionary step #BetiBachao #AchcheDin" [sic]

Others like Rakul Preet Singh also tweeted. She wrote, “How far can you run away after committing a crime like Rape .. #JusticeForPriyankaReddy #Encounter 🙏🏻 thankyou #Telangana  police”

How far can you run away after committing a crime like Rape .. #JusticeForPriyankaReddy #Encounter 🙏🏻 thankyou #Telangana police

Justice has been served, and served well.

The gruesome rape and murder of the 25-year-old woman sparked a nation-wide debate on the issue of women safety. It has led to a nationwide outrage at the law and order of the country.