Alia Bhatt on Kangana Ranaut's accusations: Have an opinion but I'll keep it to myself 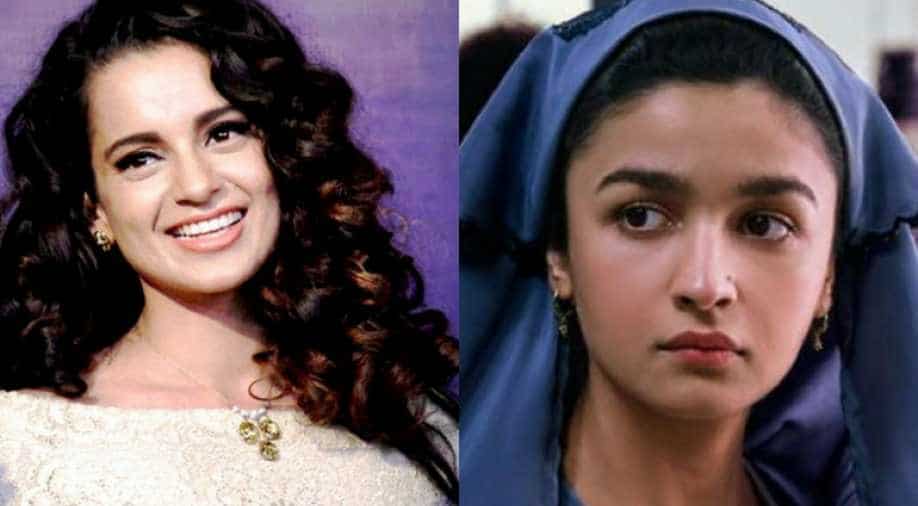 During the success party of 'Manikarnika', Kangana had called Alia and her 'Gully Boy' co-star Ranveer Singh's comments of being apolitical "irresponsible" and lashed out at the duo for refusing to speak on politics.

Kangana Ranaut's recent comments on how Bollywood needs to be voicing its political views openly has got rather different opinions from celebrities. Alia Bhatt who was accused by the actress for not speaking over contemporary issues has said that she would like to keep her opinions private. But actors like John Abraham have spoken in support of Ranaut.

During the success party of 'Manikarnika', Kangana had called Alia and her 'Gully Boy' co-star Ranveer Singh's comments of being apolitical "irresponsible" and lashed out at the duo for refusing to speak on politics.

At an event on Wednesday, Alia was asked to respond to Ranaut's statement. The 'Gully Boy' star took a diplomatic stand and said, "I definitely don't have the ability to speak as candidly as Kangana does, and I really do respect her for that and maybe in a way she is right, sometimes we do hold back."

"My dad also says that there are already so many opinions in the world that it can do with one less opinion. So, I have an opinion but I'll keep it to myself. But, kudos to her as she genuinely speaks really well," she added.

Meanwhile, John Abraham came out in support of the actress and said, "If they (referring to film industry personalities) are politically aware, then I think Kangana definitely is (right). She has got a voice and I think you must take a stand if you are politically aware."

Abraham was speaking at the trailer launch event of his new film 'Romeo Akbar Walter'.

The actor said that one should speak up if one is aware of the issues. "You shouldn't be like I say 'stupidly talented'. You cannot be an idiot who doesn't know anything about which countries lie where and what's happening. If you don't know what's happening in Bihar to Syria then you should just shut up and show your mug that you have done so much work on. Don't talk,"

Ranaut, in the recent past, has lashed out at Bollywood for not supporting her and her films. The actress was last seen in 'Manikarnika: The Queen Of Jhansi' which made over Rs 100 crores at the box-office. The film was co-directed by Krish and Ranaut.