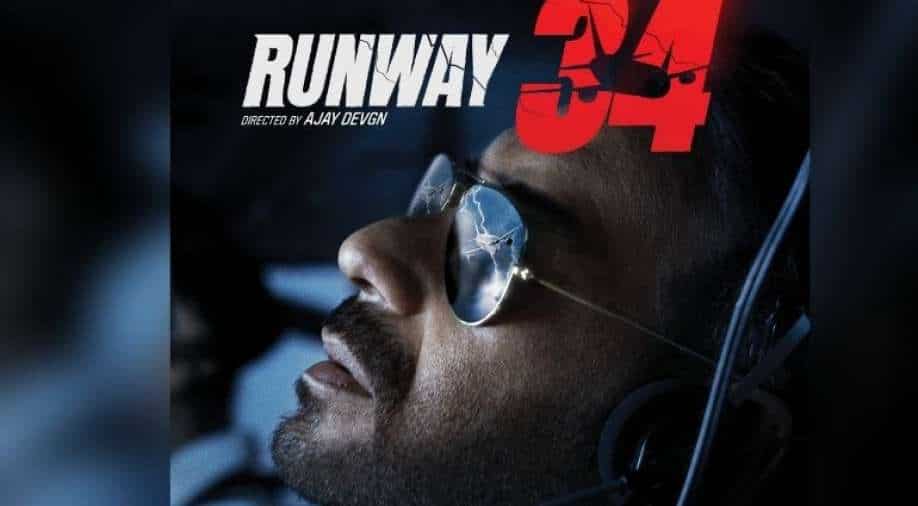 Bollywood actor Ajay Devgn starrer 'MayDay' has a new title now. The makers have changed the title to 'Runway 34'.

On Monday, Devgn shared the new update along with the first looks of the cast and the release date. Apart from playing the lead role in the film, Ajay is also directing the movie.

WION exclusive! CarryMinati: My alter ego made me from being invisible to widely recognised

Taking to his Instagram handle, Ajay shared the posters and wrote, "MayDay is now Runway 34. A high-octane thriller inspired by true events that is special to me, for reasons more than one! #Runway34 - Landing on Eid, April 29, 2022 as promised."

Apart from Devgn, the movie will also feature, Amitabh Bachchan, Rakul Preet, Boman Irani and YouTuber Ajey Nagar, popularly known as CarryMinati, who will make his acting debut with the film

Check out all the posters.

After making the announcement, Ajay also shared an official statement: “Dear Friends, Runway 34 is a film inspired by true events. Today, as I launch the posters with the release date and now title, I need to share a little something with you. Without actually revealing anything about the story because it's an emotional, high-octane thriller (naturally, I can't give away the spoilers), I can tell you what drew me to this movie like a magnet (sic).”

He added, “Close your eyes and think - each and every one of us must have been in situations in life when we've felt all powerful for one moment and felt completely helpless the next minute. We’ve all been through that moment when we've felt we can conquer the world and yet the very next situation has thrown us out of gear. That 'storm’ brewing within you, playing with your emotions, tearing you up, that turbulent ride that makes you ask - is this a nightmare? Or is this real? These are the sentiments associated with Runway 34. It's got terrific highs, alarming lows, a sense of jubilance and dejection, all within the screenplay (sic).”