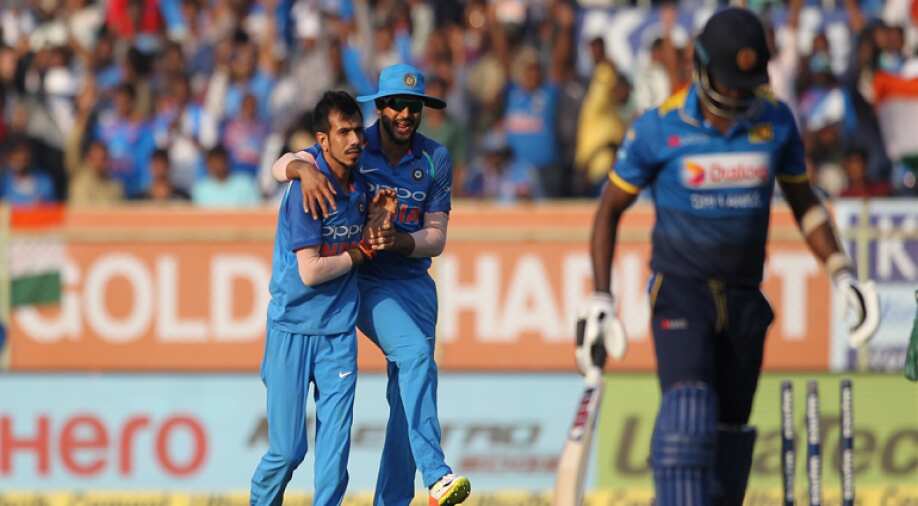 Chahal and Manish Pandey celebrate fall of a wicket of Sri Lanka's Angelo Mathews during the third ODI. Photograph:( PTI )

India on Sunday bowled out visitors Sri Lanka for mere 215 runs as the hosts took the upper hand in the third and final ODI in Visakhapatnam.

At 136-1, Sri Lanka looked set to post a big total, but their plan was damaged by the Indian bowlers, especially by Yuzvendra Chahal and Kuldeep Yadav with both of them taking three wickets each.

After Danushka Gunathilaka dismissal, Upul Tharanga and Sadeera Samarawickrama put up a 121-run partnership, after which the latter departed for 42 runs.

Meanwhile, Tharanga fell just 5 runs short of his century and departed for 95 runs.

India has not lost a series at home since their loss to South Africa in October 2015.