Russia has deployed S-400 missiles in Crimea after martial law in Ukraine: Report 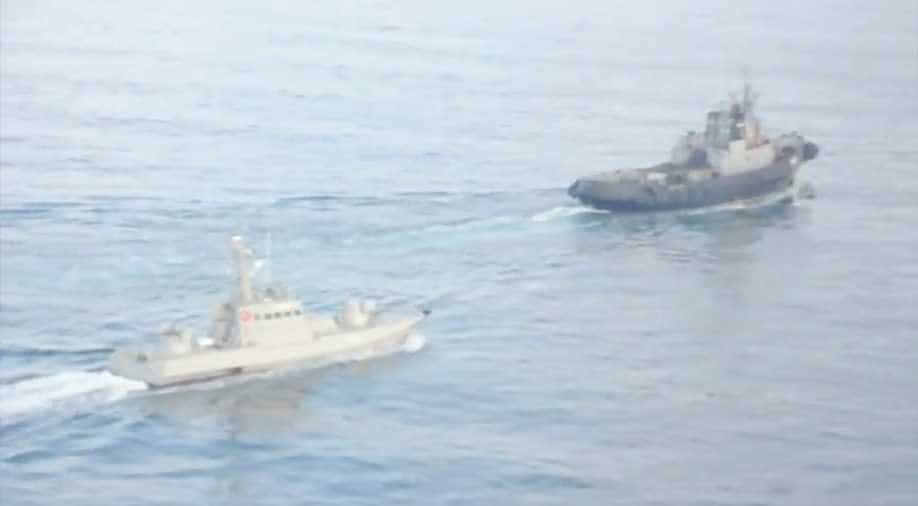 Ukrainian ships are detained in Kerch Strait on November 25, 2018 in this still image from video released by Russian Federal Security Service Photograph:( Reuters )

Putin said the Ukranian's had "provoked" the incident

Ukraine today officially imposed martial law as its tension with Russia continued days after Ukranian ships were seized by the Russian navy in the Sea of Azov.

Putin said the Ukranian's had "provoked" the incident, "These territorial waters were always ours, even before Crimea joined Russia," Putin said, referring to Moscow's 2014 annexation of the peninsula.

President Petro Poroshenko's government imposed martial law in 10 regions bordering Russia, the Black Sea and the Azov Sea for the next 30 days as the standoff with Russia continued. Russia seized three ships and captured 24 Ukranian soldiers during the skirmish at sea.

A court in Crimea ordered seven of the Ukrainian sailors to be detained for two months pending a possible trial.

Tensions between Russia and Ukraine has been rising since Putin's regime annexed Crimea in 2014 despite international condemnation.

US President Donald Trump siding with Ukraine said he may cancel summit with Putin at the G20 this week as a result of the confrontation. Several European countries called for new sanctions against Russia.

US State Department spokeswoman Heather Nauert said that other countries should do more in support of Ukraine with the US taking a strong position. Europen Union foreign ministers are due to discuss the crisis on December 10th.

Meanwhile, Russia's  Interfax news agency citing Russian defence ministry said it had deployed the new S-400 surface-to-air missile systems on the Crimean peninsula. RIA news agency said the new S-400 systems would be operational by the end of the year.