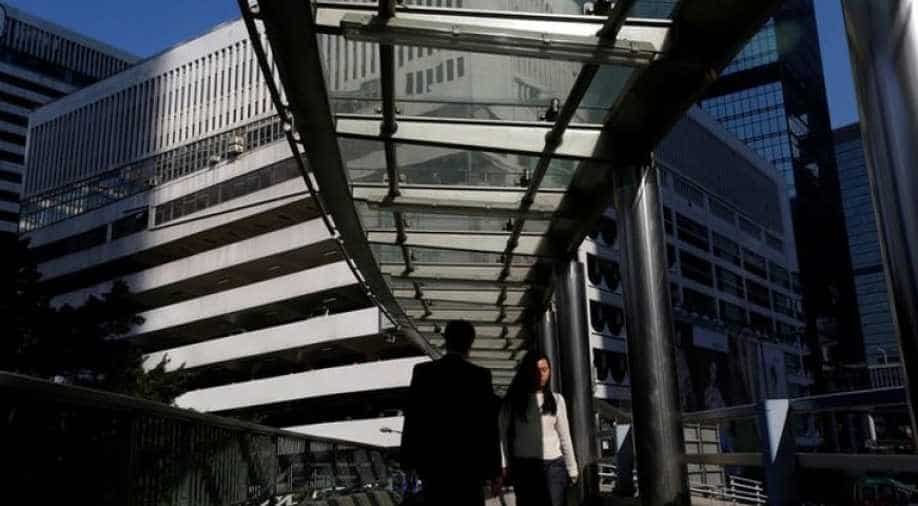 The firm downgraded China for the first time in almost three decades, citing concerns about debt & slowing growth||Hong Kong was downgraded as a result||Moody's cut Hong Kong from Aa1 to Aa2 but upped its outlook from negative to stable

Hong Kong on Thursday hit back at a decision by Moody's to cut its credit rating on the city, which the agency said was becoming increasingly close to mainland China.

The move was announced hours after the firm downgraded China for the first time in almost three decades, citing concerns about its ballooning debt and slowing economic growth.

Moody's decision came as China tries to clean up a toxic brew of unregulated and risky lending that for years has fuelled the economy's spectacular growth, though some analysts doubt Beijing's willingness to quit its debt addiction.

Beijing rejected the cut, saying Moody's had used an "inappropriate" method to assess the risks facing the economy.

In downgrading Hong Kong, the agency outlined the growing links between the city and the mainland, with banks increasing China-related lending, while its stock market is also linked to bourses in Shanghai and Shenzhen through separate tie-ups.

The city's involvement in China's Belt and Road initiative also brings its economy and financial systems closer to the mainland, Moody's said.

"The downgrade in Hong Kong's rating reflects Moody's view that credit trends in China will continue to have a significant impact on Hong Kong's credit profile due to close and tightening economic, financial and political linkages with the mainland," it said in a statement.

"The institutional features which grant Hong Kong, at present, a degree of political and economic independence -- together with the SAR's intrinsic credit strengths -- allow Hong Kong's rating to exceed that of China. But the two ratings, like the two regions, remain closely linked," it said.

"We are of the view that Moody’s has overlooked the sound economic fundamentals, robust financial regulatory regime, resilient banking sector and strong fiscal position that Hong Kong has," Chan said.

He also said the Belt and Road initiative will help Hong Kong businesses enter new markets, boosting the city’s economy, adding China is also a "key source of growth" for the global economy.

Jackson Wong, of Huarong International Securities, told AFP that he did not see the downgrade as necessary and it would have little impact on the city.

"I don't think it will affect investors' view on Hong Kong because they believe Hong Kong has a strong financial system. As of now the city, in every aspect, is still very strong and I don't see any deterioration.

Hong Kong is semi-autonomous after it was handed back to China by Britain in 1997. It preserved its financial and judicial systems and enjoys liberties not seen on the mainland.

Oil prices slip on worries of pandemic surge in India