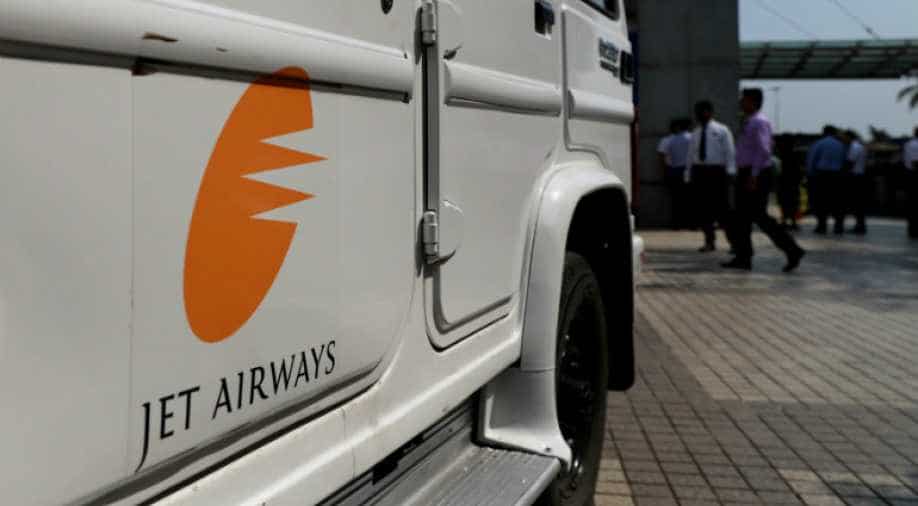 Jet has been grounding planes in recent weeks as lessors move to de-register and take back their aircraft.

The full service carrier, which is currently operating less than 10 aircraft, is awaiting fresh fund infusion under a debt resolution plan.

The Jet Airways management, meanwhile, has proposed to suspend all operations of the debt-laden airline at its board meeting, news agency Reuters reported on Tuesday quoting media reports.

Jet Airways shares were down as much as 18.53 per cent, their worst session since August 2015.

On Monday, the airline in a letter to its employees said it planned to extend its suspension of international flights until Thursday as it had not received any interim funding from lenders.

Jet has been grounding planes in recent weeks as lessors move to de-register and take back their aircraft, even as the company's lenders sought expressions of interest in the carrier from potential investors.

Local media have reported that as many as six parties have submitted expressions of interest, though it is still far from clear if an acceptable bid will materialise.

SBI Capital Markets has the mandate for Jet Airways' sale on behalf of the SBI-led consortium of the domestic lenders to the debt-ridden private carrier.

Last month, Goyal and his wife Anita Goyal stepped down from the board of the airline, which has more than Rs 8,000 crore debt.