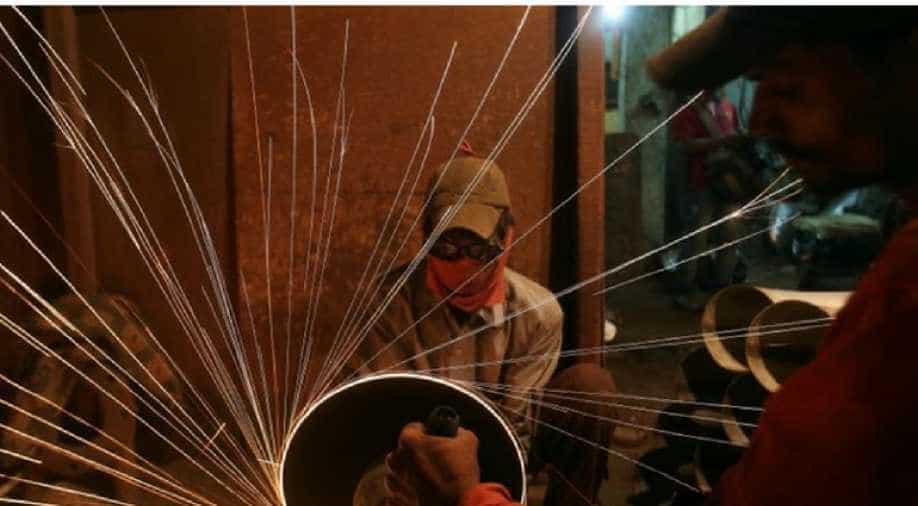 The Nikkei Manufacturing Purchasing Managers' Index, compiled by HIS Markit, fell to a six-month low of 52.6 in March from February's 54.3, below a Reuters poll forecast of 53.9 but above the 50-mark separating growth from contraction for the 20th straight month

Growth in India's manufacturing industry slowed to a six-month low in March as orders and output expanded at a weaker rate, but overall factory activity ran at a solid pace in the first quarter, a private survey showed on Tuesday.

The Nikkei Manufacturing Purchasing Managers' Index, compiled by HIS Markit, fell to a six-month low of 52.6 in March from February's 54.3, below a Reuters poll forecast of 53.9 but above the 50-mark separating growth from contraction for the 20th straight month.

Underscoring that long stretch of growth in the sector, factory activity in the first three months of 2019 increased at its quickest quarterly average rate in more than six years.

"Manufacturing sector expansion in India took a step back in March, with metrics for factory orders, production, exports, input buying and employment all moving lower. Still, growth was sustained on all fronts," noted Pollyanna De Lima, principal economist at HIS Markit.

"Although global headwinds and a general slowdown in trade present some concerns for the future health of Indian manufacturers' order books, so far companies have been able to weather the storm and secure healthy inflows of new work from abroad."

But as new orders and output grew at their slowest pace since September - despite inflationary pressures easing - firms increased headcount at the weakest rate in eight months.

That should keep retail inflation from rising significantly in the near-term. It was below the Reserve Bank of India's medium-term target of 4 per cent for a seven straight month in February, the latest official data showed.

Below-target inflation would give the central bank room to cut its benchmark repo rate for a second consecutive meeting, as is widely expected. It is due to announce its decision on April 4.

The latest survey also showed optimism amongst factories rose to its highest since August, supported by government policies announced ahead of this year's general election.

"Expansionary public policies such as fiscal stimulus and interest rate reduction should also assist the manufacturing sector in gaining some traction in the near term," said De Lima.