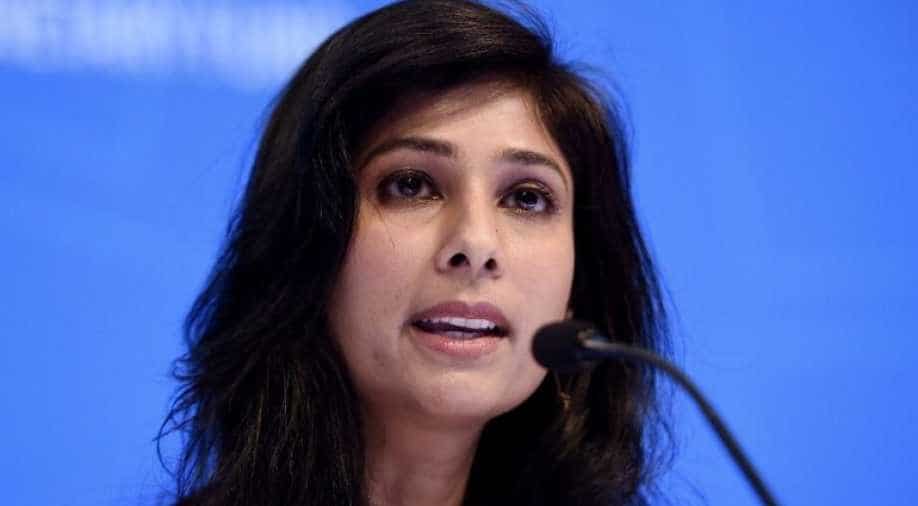 In an update to forecasts published in April, the Washington-based IMF said it now expected the global economy to contract by 4.9 per cent this year, compared with a 3 per cent drop expected in the spring.

The International Monetary Fund has said the global economy will take a $12 trillion hit from the Covid-19 pandemic after slashing its already gloomy growth projections for the UK and other developed countries in 2020.

The IMF said it would take two years for world output to return to levels at the end of 2019 and warned that governments should be cautious about removing financial support to their fragile economies.

In an update to forecasts published in April, the Washington-based IMF said it now expected the global economy to contract by 4.9 per cent this year, compared with a 3 per cent drop expected in the spring.

The IMF said the coronavirus pandemic had been more negative for activity in the first half of 2020 than expected, and recovery was also projected to be slower. Global growth is forecast to be 5.4 per cent in 2021, down from 5.8% in April, but would plummet to zero in the event of a second wave of the pandemic early next year.

“The Covid-19 pandemic pushed economies into a Great Lockdown, which helped contain the virus and save lives but also triggered the worst recession since the Great Depression,” said the IMF’s economic counsellor, Gita Gopinath. She noted that the fall in output in 2020 would be half as bad as the 10 per cent drop in the early 1930s, and said there would be a fall in living standards for 95 per cent of countries this year.

The near-5 per cent drop in global output this year would be much deeper than the drop of 0.1 per cent recorded in 2009, after the near meltdown of the global banking system the previous autumn. The IMF had already envisaged 2020 as the worst year for global growth since the Great Depression of the 1930s.

The revised World Economic Outlook said the lockdown had dealt a “catastrophic hit” to the global labour market, adding that rising share prices were out of kilter with the deepest recession of the postwar era.

Every one of the G7 industrial nations and the leading developing nations has had its growth projection revised down, in what the IMF described as a “crisis like no other”.