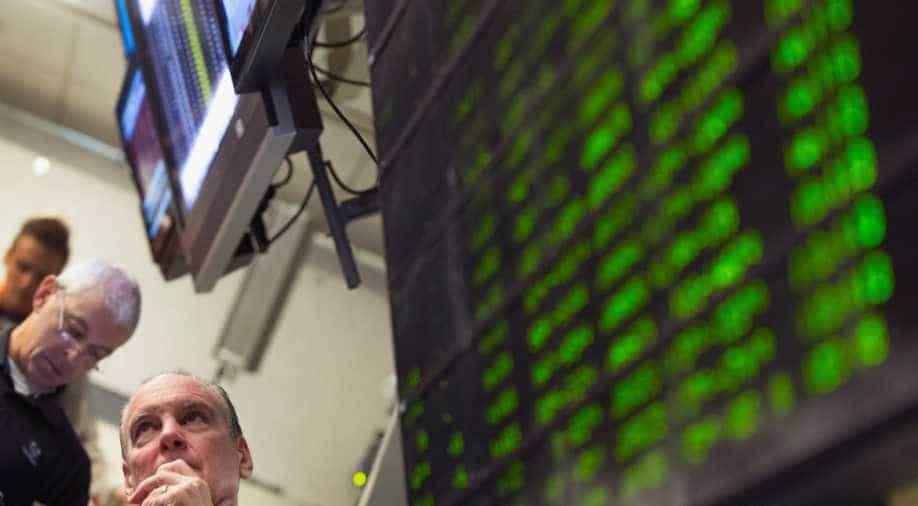 The Mexican peso went into near free fall as investors faced the real possibility of a shock win by Donald Trump. Photograph:( Getty )

The US dollar sank and stock markets slammed into reverse in wild Asian trade on Wednesday as every new exit poll in the US presidential election showed the race to be a nail-biter, sending investors stampeding to safe-haven assets.

Sovereign bonds and gold shot higher while the Mexican peso went into near free fall as investors faced the real possibility of a shock win by Republican Donald Trump.

Markets fear a Trump victory could cause economic and global uncertainty, preventing the Federal Reserve from raising interest rates in December, as long expected.

The scale of the scare was clear in the Mexican peso, where the dollar surged over 7 per cent in the biggest daily move since the global financial crisis.

The peso has become a touchstone for sentiment on the election as Trump's trade policies are seen as damaging to its export-heavy economy.

The South Korean authorities were thought to have intervened to steady their currency and dealers were wondering if central banks globally could step in to calm nerves.

Asian stocks first rose only to retreat more than 1 percent as the session wore on and more election results flooded in, while US stock futures surrendered modest gains and recoiled more than 3 per cent.

With voting completed in more than two-thirds of the 50 US states, the race was too close to call in Ohio, Florida, North Carolina, Pennsylvania, New Hampshire and Virginia, states that could be vital to deciding who wins the presidency.

Markets have tended to favour Clinton as a status quo candidate who would be considered a safe pair of hands at home on the world stage.

"In contrast, a Trump victory would trigger massive uncertainty that would likely undermine risk assets at least initially, which in turn could preclude a Fed rate hike this year," warned Michelle Girard, chief US economist at RBS.

Sovereign bonds flew ahead, pushing yields on 10-year US Treasury notes down sharply to 1.77 per cent. It had briefly touched a six-month high around 1.8960 per cent.

In share markets, MSCI's broadest index of Asia-Pacific stocks outside Japan swung to a loss of nearly 2, while the Nikkei sank 2.2 per cent.