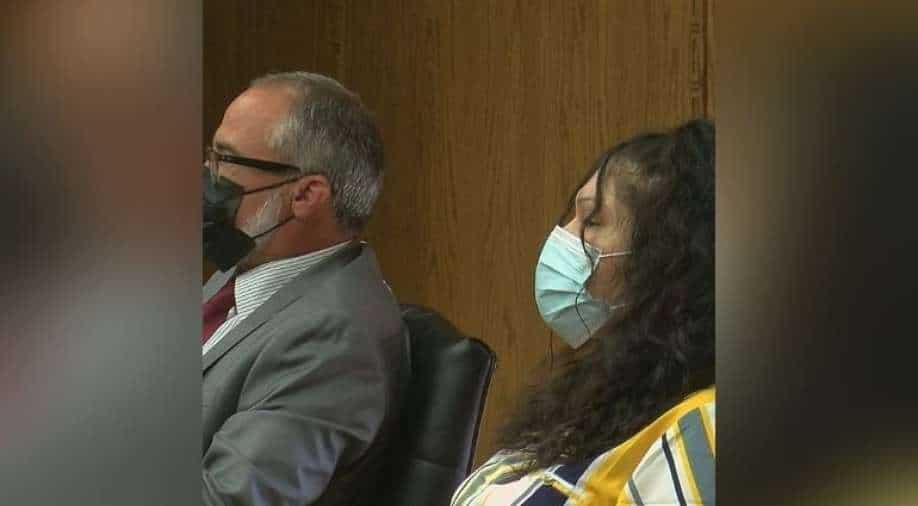 Women in the United States have been at receiving end of tough abortion laws for quite some time. Now, they are also getting charged with manslaughter after having miscarriage. The development has attracted sharp reactions from netizens. Some victims of these repressive rulings are Brittney Poolaw, etc

Women in the United States have been at receiving end of tough abortion laws for quite some time. Now, they are getting charged with manslaughter after having miscarriage.

Why is there ZERO MEDIA COVERAGE of Brittney Poolaw’s conviction of manslaughter for having a miscarriage?!?

Could it be because she’s an Indigenous woman?

The development has attracted sharp reactions from several corners of the country. Some victims of these repressive rulings are Brittney Poolaw, etc.

In January 2020, Poolaw was about four months pregnant when she lost her baby in the hospital. In this October, she was convicted and sentenced to four years in jail for the first-degree manslaughter of her unborn son.

Brittney Poolaw was convicted of 1st degree manslaughter for suffering a miscarriage.

Bringing the U.S. one step closer to Gilead. https://t.co/I1COJ8wNe1

The woman’s suffering began with losing her baby to a miscarriage and seems to be continuing with the outrageous conviction and jail term over the death of the foetus.

She is not alone, a 21-year-old Native American woman from Oklahoma was also convicted of manslaughter after having a miscarriage some time back.

The eye-opening plight of the woman has caught the attention of several people.

Some people noted that Poolaw was convicted during pregnancy loss awareness month in the US, while some netizens compared it to Margaret Atwood's dystopian novel The Handmaid's Tale.

October is National Pregnancy and Infant Loss Awareness Month, and Brittney Poolaw is facing 4 years in prison for something that happens in 1 in 4 pregnancies. https://t.co/ibu5Kv98EF

However, Poolaw had admitted to using illicit drugs while being pregnant at the time of seeking treatment at hospital. The medical examiner's report also found traces of methamphetamine in baby's liver and brain.