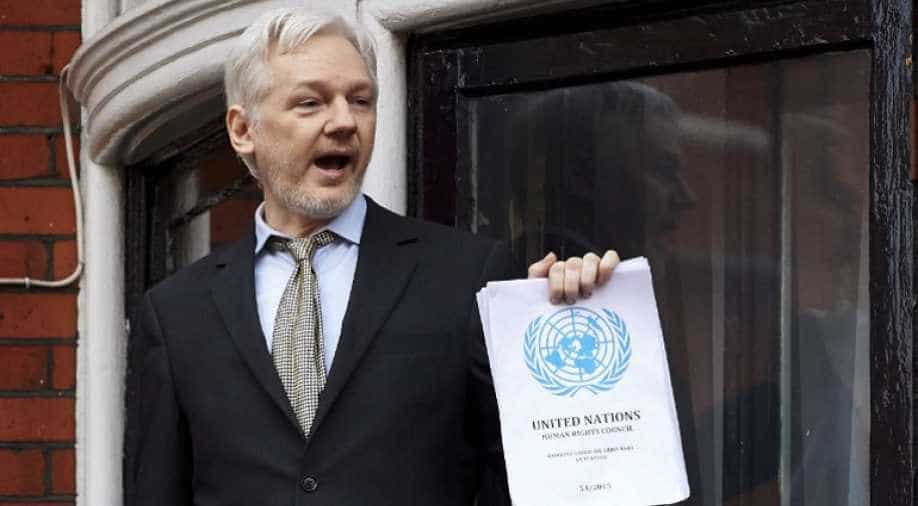 Swedish prosecutors had issued a European arrest warrant against Assange over allegations of rape and sexual assault filed by two women who met Assange during a 2010 trip to Sweden. Photograph:( AFP )

WikiLeaks founder Julian Assange is to face questioning by prosecutors on Monday at the Ecuadoran Embassy in London over rape allegations made against him.

An Ecuadoran prosecutor, along with Swedish prosecutor Ingrid Isgren and a Swedish police inspector will quiz him at the embassy, officials said.

Assange has been holed up at the embassy since 2012 after Swedish prosecutors issued a European arrest warrant against him.

Two Swedish women, who met Assange in Sweden in 2010, have accused him of rape and sexual assault.

He has said the claims were politically motivated and insists he had only consensual sexual encounters with the women.

A Swedish official source said the questioning was expected to begin at around 1000 GMT. The investigators intend to take a DNA sample, subject to his agreement.

"It's planned to last a few days," Assange's lawyer Per Samuelsson told AFP.

Assange, speaking through his lawyer, has said he welcomes the "chance to clear his name" and hopes the investigation will subsequently close.