What happens next in Australian elections? 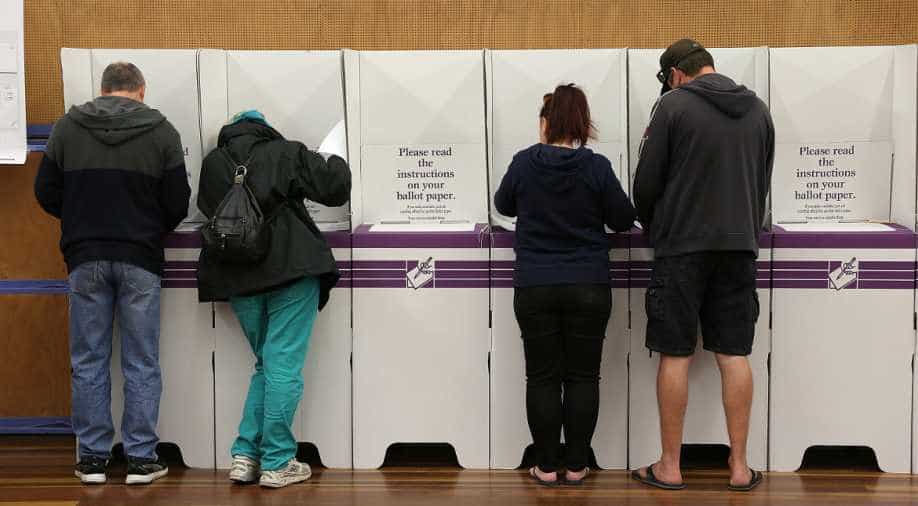 The Australian electoral commission has counted less than 80 per cent of the ballots.Millions of postal and absentee votes are still being processed with counting to re-commence on Tuesday. Photograph:( Getty )

Follow Us
Australia's two major parties have so far failed to win a majority in the 150-seat House of Representatives to rule outright after national elections on Saturday with a result not likely for several days.

Here are some facts explaining the current situation:

The Australian electoral commission has counted less than 80 per cent of the ballots. Millions of postal and absentee votes are still being processed, with counting to re-commence on Tuesday after they are packaged up and returned to each electoral district.

This is the earliest a result could emerge, but it may take weeks.

If neither of the two main players, the Liberal/National coalition or Labour, wins 76 or more lower house seats, there will be a hung Parliament.

A hung Parliament is where no single political party has a majority in the lower House of Representatives. This last occurred in 2010 when the Centre-Left Labour party of Julia Gillard formed the first minority government since World War II with the support of independents.

Experts say hung Parliaments can be brittle and sometimes do not last the three-year full term.

The prospect of a hung Parliament has shone a spotlight on potential kingmakers, independents and politicians from minor parties, who have won lower house seats, and whose support may be needed for a government to be formed. So far there are five.

It potentially makes them very powerful, with the government likely to offers deals to form an alliance, or offer support for their minority agendas to get them onside.

Bob Katter is an independent MP and a maverick rural politician who supported the Liberal/National coalition when they were in opposition in 2010 and is open to working with them again.

Another independent, senator Nick Xenophon, recently established his own party which has secured a seat through candidate Rebekha Sharkie. Xenophon is a centrist and anti-gambling campaigner and has said he is open to negotiation.

The Greens have one representative in Adam Bandt and could potentially have another. Both the Liberals and Labour have previously ruled out forming a multi-party government with them, but they may now have no choice. The Greens said it was "inconceivable" they could form government with the conservative coalition.

Cathy McGowan, a farmer and former teacher, and Andrew Wilkie, a ex-intelligence officer, are both independents and have declared they have no intention of helping any of the major players form government.

Canberra called a "double-dissolution" poll to force all senators to face election at the same time after gridlock in the upper house when the government tried to pass legislation.

But forecasts point to more independent and minor party senators being elected than before, causing further headaches for the government, which will need the support of some of them to introduce laws.

The Greens are set to get nine seats, with up to three for Xenophon`s party, while anti-immigration firebrand Pauline Hanson is tipped to secure one to two.

Five other seats are currently projected to go to other independents including Jacqui Lambie, an outspoken former soldier who has campaigned against face coverings, and a long-time journalist and broadcaster Derryn Hinch, known as the "human headline".