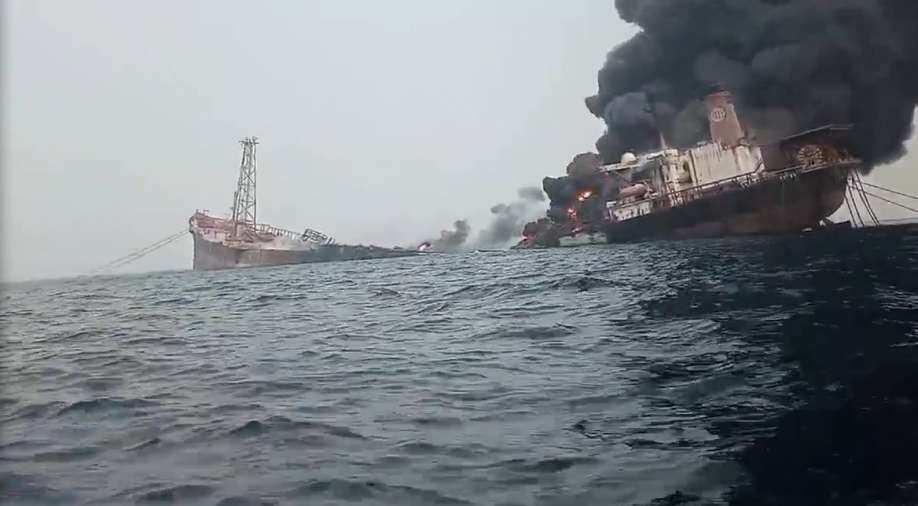 A video of the dramatic incident went viral on social media purportedly showing the ship on fire as it sinks into the sea, with thick black smoke billowing into the sky

An oil production vessel having the capacity to carry up to 2 million barrels of oil exploded off the coast of Nigeria with 10 crew members on board.

According to reports, the Trinity Spirit blew up on early Wednesday at the Ukpokiti oil field off Nigeria’s coast, near the Escravos terminal close to the Niger delta.

A video of the dramatic incident went viral on social media purportedly showing the ship on fire as it sinks into the sea, with thick black smoke billowing into the sky.

In a statement on Thursday, SEPCOL said that flames had engulfed the Trinity Spirit floating production, storage and offloading vessel following the blast.

“But we can confirm that there were 10 crewmen onboard the vessel prior to the incident and we are prioritising investigations with respect to their safety and security,” SEPCOL Chief Executive Ikemefuna Okafor said in the statement.

The statement however did not give additional duties on the casualties, or the quantity of oil spilt into the sea.

The Nigerian government has described the impact of the spill as being “like Hiroshima”, with the leaking oil causing the death of marine life and damage to mangroves and waterways.

The explosion of the Trinity Spirit is reportedly the fourth major oil spill this year, after disasters in Peru, Ecuador and Thailand.

Nigeria is the 15th biggest oil-producing country in the world, producing more than 1.9m barrels a day, according to 2016 figures.