US military won't cross border from Afghanistan into Pak to pursue Taliban: Pentagon 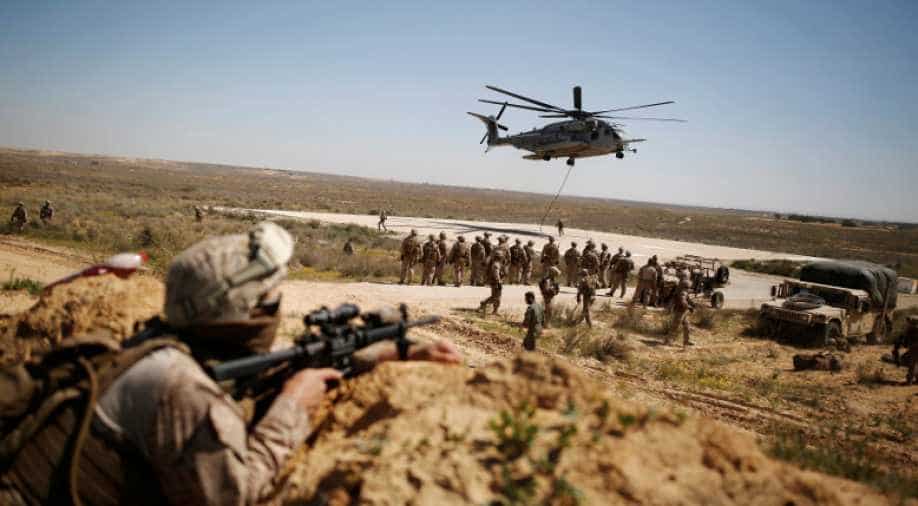 Pakistan is under increasing pressure by the US to track down and eliminate the Taliban militants in its territory including the Haqqani Network, a strategy laid down by President Trump.

The United States has ruled out the possibility of "hot pursuit" to pursue the Taliban into Pakistan.

Lt Col Mike Andrews, spokesman for the Department of Defence said "US military forces will remain within the borders of Afghanistan only."

The Pentagon official said US forces do not have the "authority" to cross over to Pakistan from the Afghan border.

"To be clear, US military authorities are within the borders of Afghanistan only. We have no authority to go into Pakistan. If there is a way to get that authority, but that would certainly be the exception and not the norm and would not be," Lt Col Mike Andrews said.

Pakistan is under increasing pressure by the US to track down and eliminate the Taliban militants in its territory including the Haqqani Network, a strategy laid down by President Trump.

"Say, for example, we have troops in contact and then the Taliban militants go across the border. They are clearly inside Pakistan then. There's no change with regards to respecting the territorial sovereignty of Pakistan," Andrews declared.

"If the Taliban reside in Pakistan and we are able to provide safety and support and to help secure districts and provinces within the borders of Afghanistan, I think that that is a tradeoff that we're willing to make," Andrews said, adding, "Because it's not necessarily about these people over in Pakistan, its about the Afghan people."