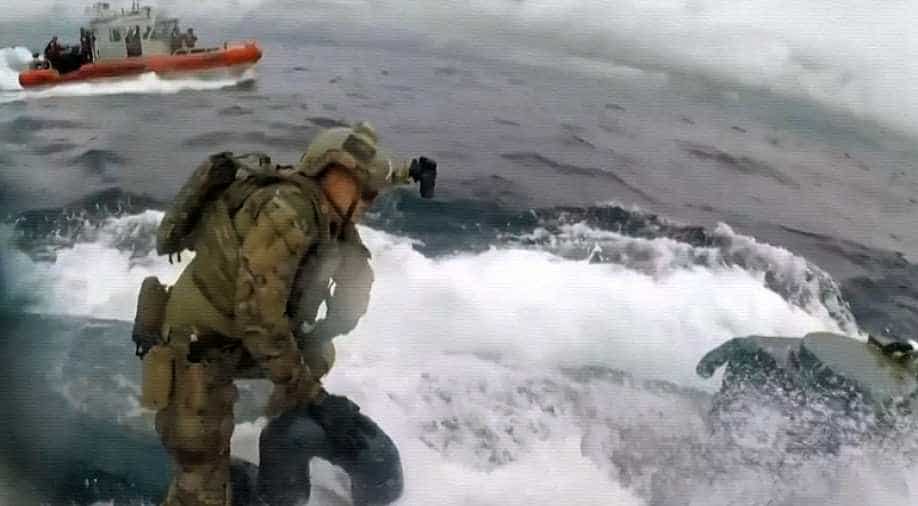 A US Coast Guard officer jumps onto the submarine. Photograph:( APTN )

The US Coast Guard says a cutter (fast patrol boat) intercepted a submarine suspected of smuggling drugs in the Pacific Ocean. The incident happened in June and the video of the drug bust was released recently.

The video shows Coast Guard officers boarding the submarine and ordering those inside to open the hatch.

The seizure by the US Coast Guard Cutter Munro was one of a number that occurred recently in the Pacific Ocean.

The crew of the Munro offloaded more than 39,000 pounds of cocaine and 933 pounds of marijuana worth a combined estimated 569 million US dollars, which was seized in international waters in the Eastern Pacific Ocean.

Do you believe this kind of bravery? Amazing drug seizure. WATCH! https://t.co/M1KKBFic4A

The drugs represent 14 separate suspected drug smuggling vessel interdictions and disruptions off the coasts of Mexico, Central and South America by three Coast Guard cutters between May and July 2019.