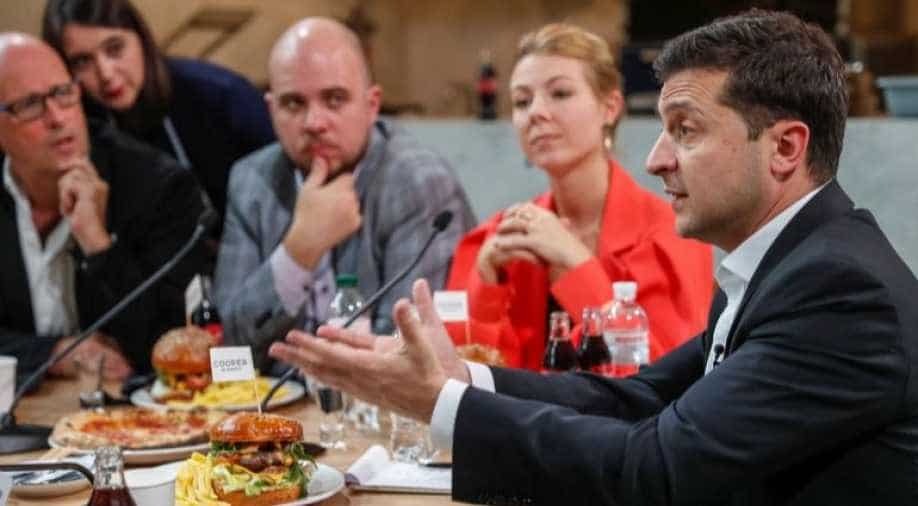 Volodymyr Zelensky did what no politician had done before -- a more than 12-hour press conference that Ukraine's National Records Agency declared the longest in world history.

Volodymyr Zelensky, a popular comedian before he was elected president of Ukraine this spring, promised to bring a fresh kind of politics to the ex-Soviet nation.

And on Thursday, he did what no politician had done before -- a more than 12-hour press conference that Ukraine's National Records Agency declared the longest in world history.

Around eight hours into the marathon event, Zelensky's first major press conference since coming to power in May, a representative of the agency stood up to deliver the news.

The 41-year-old president reacted with surprise, saying he was a "modest" person and averse to celebrations.

The previous record was held by Belarus strongman Alexander Lukashenko, with a press conference that lasted over seven hours, Ukrainian media reported.

Zelensky's feat has yet to be verified by an international body.

Hundreds of local and international journalists joined Zelensky around a table to pose questions in shifts.

The president held forth on subjects such as the war in eastern Ukraine, relations with Russia and his phone call with US President Donald Trump that has led to a Washington impeachment probe.

Zelensky told Ukrainian media he had injections to strengthen his vocal cords before the event.