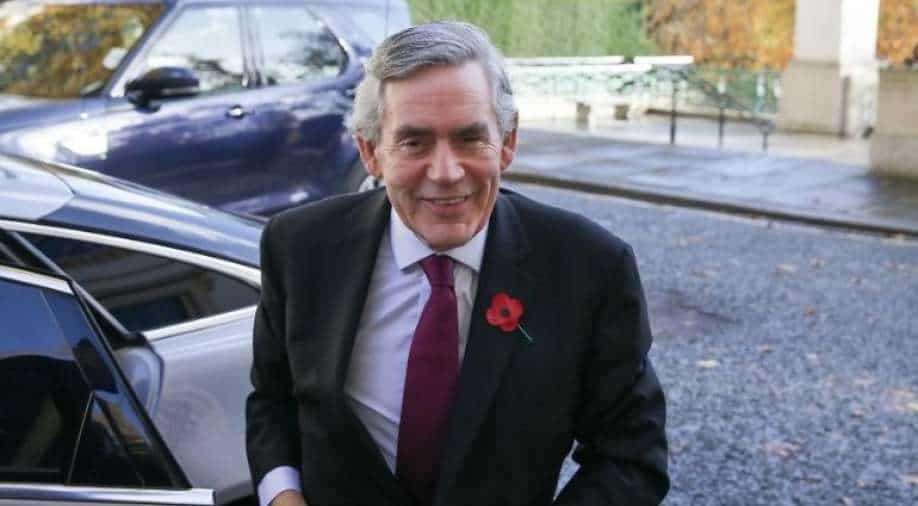 Former British Prime Minister Gordon Brown arrives at the Institute for Government in central London on November 12, 2018, to give a speech on Brexit. Photograph:( AFP )

Former Prime Minister of the United Kingdom, Gordon Brown recently claimed the country could become a failed state if reforms are not rolled out quickly

Former Prime Minister of the United Kingdom, Gordon Brown recently claimed the country could become a failed state if reforms are not rolled out quickly.

Brown, while alluding to people's lack of faith in the country's governance said that the country requires immediate reforms.

"I believe the choice is now between a reformed state and a failed state," Brown wrote in the Daily Telegraph.

"It is indeed Scotland where dissatisfaction is so deep that it threatens the end of the United Kingdom", he added.

"'Whoever in London thought of that?' is a common refrain, reflecting the frustration of people in outlying communities who feel they are the forgotten men and women, virtually invisible to Whitehall," Brown wrote.

The UK is currently facing a lot of crises at once, from Brexit to coronavirus. Brown believes that the bonds which hold England, Wales, Scotland, and Northern Ireland together as a $3 trillion economy are now weakening.

Brown added that Boris Johnson should also reform how the United Kingdom is governed.

"Battered by Covid-19, threatened by nationalism, and uncertain what the promise of a post-Brexit ‘Global Britain’ adds up to, the United Kingdom must urgently rediscover what holds it together and sort out what is driving us apart," he claimed.

Also read: Scotland could be heading towards another referendum

The SNP said that if it is able to win a majority in the parliament in elections set to take place on May 6, the party will pass a bill of its own to make way for a referendum after the coronavirus pandemic.