Ugyhur activist's sister sentenced to 20 years of jail in China, US calls for her release 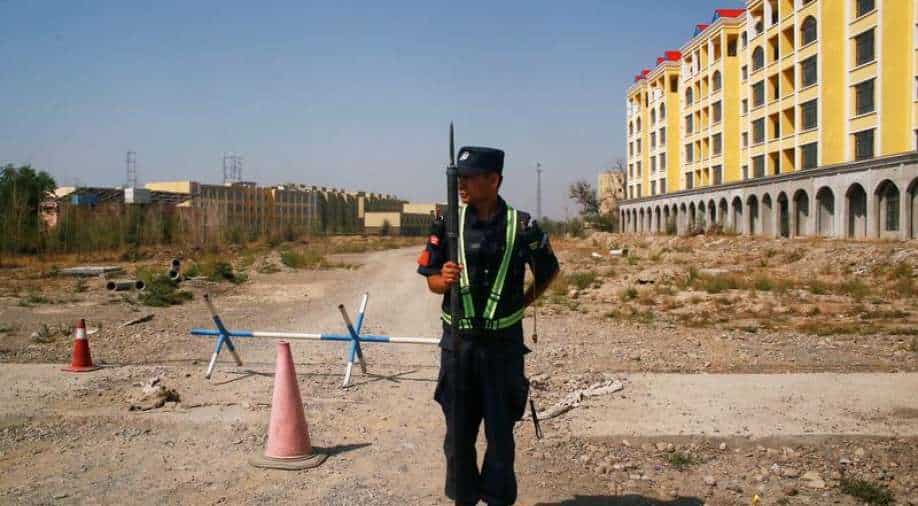 "We urge certain politicians in the United States to respect facts and stop fabricating lies and smearing China," the spokesman, Wang Wenbin, told a news conference.

The United States has called for the release of an Uyghur Muslim doctor who has been sentenced to 20 years of jail in China because of activism of her family members.

The daughter of Gulshan Abbas told a briefing organised with the bipartisan US Congressional-Executive Commission on China (CECC) that their family had recently learned that her mother received the sentence in March last year on terrorism-related charges after disappearing in September 2018, Al Jazeera reported.

Gulshan Abbas is the sister of activist Rushan Abbas, who has been quite vocal about the Chinese Communist Party`s atrocities against Muslim minorities in China. Meanwhile, a Chinese foreign ministry spokesman said Abbas was sentenced for the crimes of joining a "terrorist" organisation, helping terrorist activities and "assembling a crowd to disrupt social order".

"We urge certain politicians in the United States to respect facts and stop fabricating lies and smearing China," the spokesman, Wang Wenbin, told a news conference.

The daughter, Ziba Murat, called the charges "preposterous". Gulshan`s sister, Rushan Abbas, said the charges are the consequence of activism by her and her brother, Rishat Abbas, both of whom are based in the US."We have committed to working to defend our people`s rights and advocate for justice, and now our sister is denied justice as a punishment," Rushan said.

Taking to Twitter, US assistant secretary of state for democracy, human rights and labour, Robert Destro, said Gulshan Abbas must be released."Her forcible disappearance, detainment and harsh sentencing by the CCP [Chinese Communist Party] is evidence of a family suffering the consequences of speaking out against a government that has no respect for human rights," he said.

Ziba Murat said she could not reveal the source of the information on the sentencing to protect their identity. "We only learned that she is sentenced to 20 years, and we`re trying to get more information."

"My mom is a medical professional, non-political, kind person who has spent her life helping people," she said, adding that her mother was in fragile health and suffered from multiple conditions, including high blood pressure.

The CECC chairman, Democratic Representative James McGovern, called the punishment of an innocent family member in what he said was an attempt to silence free expression "morally reprehensible".He said it was just part of a "mass persecution" of Uighurs in China that has involved the detention of as many as 1.8 million people in internment camps, forced labour and other abuses.

According to credible reports, more than one million people, are or have been, detained in what is being called `political re-education` centres, in the largest mass incarceration of an ethnic minority population in the world today.

The internment camp system in the XUAR is expanding, with more than 380 suspected detention facilities having been newly built or expanded since 2017, and at least 61 detention sites newly constructed or expanded between July 2019 and July 2020. (ANI)