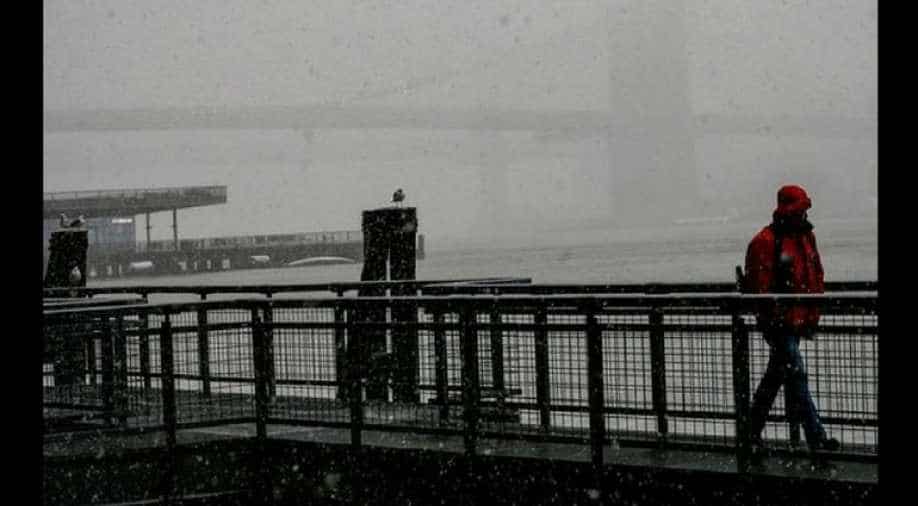 A second Nor'easter storm in less than a week hit New York on Wednesday, causing hundreds of flights to be cancelled during the day.

According to local media reports, over 1,900 flights were left grounded at the Kennedy, Newark and LaGuardia Airports after the macro-scale cyclone hit brought in heavy snowfall and thunderstorm.

Predictions suggested there could have been up to a foot of snow in the city and the surrounding suburbs, however, less than an inch of snow was recorded in Central Park or at Kennedy and LaGuardia airports. Some areas of New Jersey received up to 10 inches, while New Fairfield caught an 8-inch blanket of snow.

The macro-scale cyclone started out as rainfall and slowly turned into fast-falling snow, accompanied by lightning and thunder in a rare phenomenon known as 'thundersnow'.

Although there were dozens of schools across the city that cancelled classes for the day, New York Public schools remained open.

The storm also left an estimated 28,000 people were without power Wednesday afternoon, as it compounded on the damage to the power lines caused by another storm last Friday.

New Jersey Governor Phil Murphy issued a state of emergency, while an army of crew workers continued to clear trees and repair power lines across the Garden State.