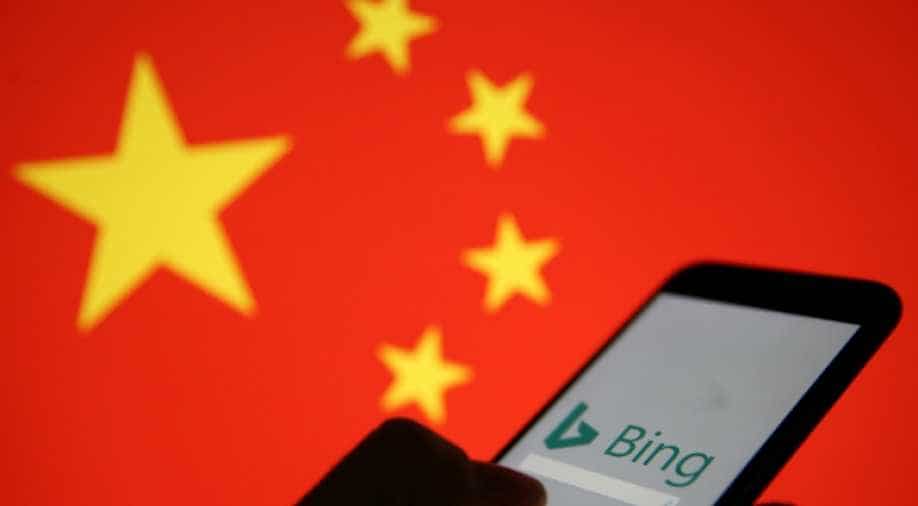 A smartphone with the Microsoft Bing logo is displayed against the backdrop of a Chinese flag in this picture illustration. Photograph:( Reuters )

Smartphone shipments in China fell 16% in June compared with a year earlier, according to government data released on Tuesday.

The numbers suggest that handset demand in China remains lukewarm despite the country's recovery from the coronavirus pandemic, boding poorly for Apple Inc and its local rivals like Huawei Technologies Co Ltd.

Phone makers shipped 27.7 million handsets in June, down from 32.7 million in June 2019, according to the China Academy of Information and Communications Technology (CAICT), a state-backed think tank.

That follows a similar decline in May, when shipments dropped more than 10% annually, from 36.4 million in May 2019 to 32.6 million one year later.

Also read: Majority of US firms in Hong Kong concerned about security law

In April, after a slump in the previous months due to the health crisis, CAICT reported that smartphone shipments grew an unexpected 17% percent annually.

At the time, the jump suggested potential for a rebound in the China's smartphone brands, which for years have wrestled with shrinking growth at home.

China is one of the few countries where retail outlets have re-opened almost fully after a lockdown period as COVID-19 spread.

Apple and its rival smartphone brands do not publicly release regional shipments.