Majority of US firms in Hong Kong concerned about security law 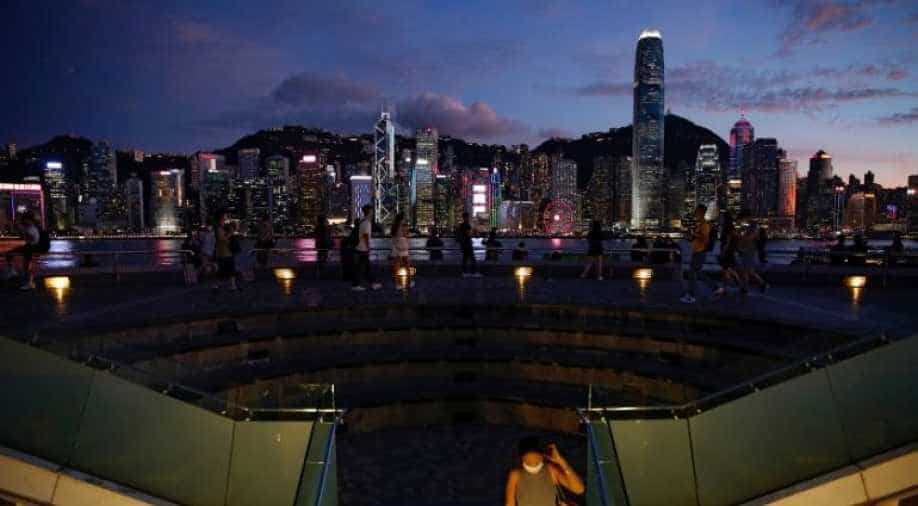 People enjoy the sunset view with a skyline of buildings during a meeting on national security legislation, in Hong Kong, China June 29, 2020 Photograph:( Reuters )

A majority of U.S. companies in Hong Kong surveyed by the American Chamber of Commerce (Amcham) are concerned about the sweeping new national security law in the global financial hub

A majority of U.S. companies in Hong Kong surveyed by the American Chamber of Commerce (Amcham) are concerned about the sweeping new national security law in the global financial hub, with a third looking to move assets or business longer-term.

The legislation, which punishes secession subversion, terrorism and collusion with foreign forces with up to life in prison, has further strained relations between the United States and China.

The Amcham survey, published on Monday and to which 183 or 15% of its members responded on July 6-9, showed 36.6% of respondents were "somewhat" concerned and 51% were "extremely concerned" about the legislation.

More than two-thirds of the respondents were more concerned than a month ago, when the full details of the law, which came into force just before the anniversary of the former British colony's return to Chinese rule on July 1, 1997, were unveiled.

The legislation, which sees a Chinese intelligence agency openly operating in the city for the first time and gives police and mainland agents broad powers beyond the scrutiny of courts, raises a broad spectrum of worries for U.S. companies.

About half were concerned about the city's status as a global finance centre and the erosion of the high degree of autonomy it was promised 23 years ago.

Other major concerns cited were data security, talent drain and retaliatory measures by other governments. The prospect of extraditions to mainland China, where courts are controlled by the Communist Party, was considered a "game changer" by about 46%, with 17% saying it wasn't.

About 49% said the law would have a negative impact on their business, while some 13% said it would have a positive impact. Some 30% considered moving capital, assets or business out of Hong Kong in the medium-to-long term, while 5% said they consider doing so in the short-term.

More than half of the respondents said they felt less safe about living and working in Hong Kong. Also about half said they personally considered leaving the city.