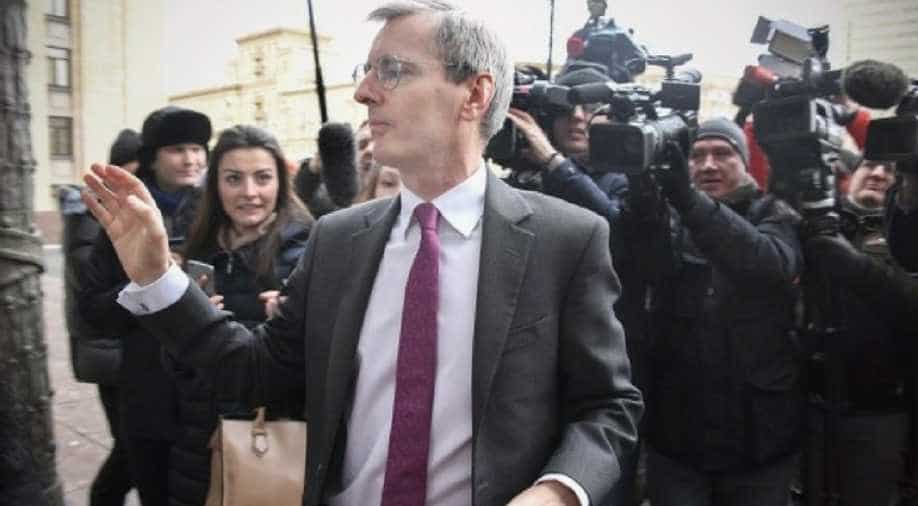 Russia on Saturday summoned the British ambassador to Moscow Laurie Bristow to the foreign ministry for the second time this week.

"The British ambassador will be summoned to the Russian foreign ministry on Saturday," TASS state news agency cited the foreign ministry as saying. Bristow had also been summoned on Tuesday as a bitter row over the poisoning of a former double agent gathered pace.

On Friday evening, foreign ministry spokeswoman Maria Zakharova told TASS that "the Russian side has taken all the decisions and they will be shortly communicated both to the British side and to the public."

Bristow had also been summoned on Tuesday as a bitter row over the poisoning of a former double agent gathered pace.

Russia is expected to announce the expulsion of a number of British diplomats in a retaliatory measure.

Prime Minister Theresa May earlier ordered 23 Russian diplomats expelled as part of measures to punish Russia over the March 4 poisoning of former spy Sergei Skripal and his daughter Yulia in the city of Salisbury.