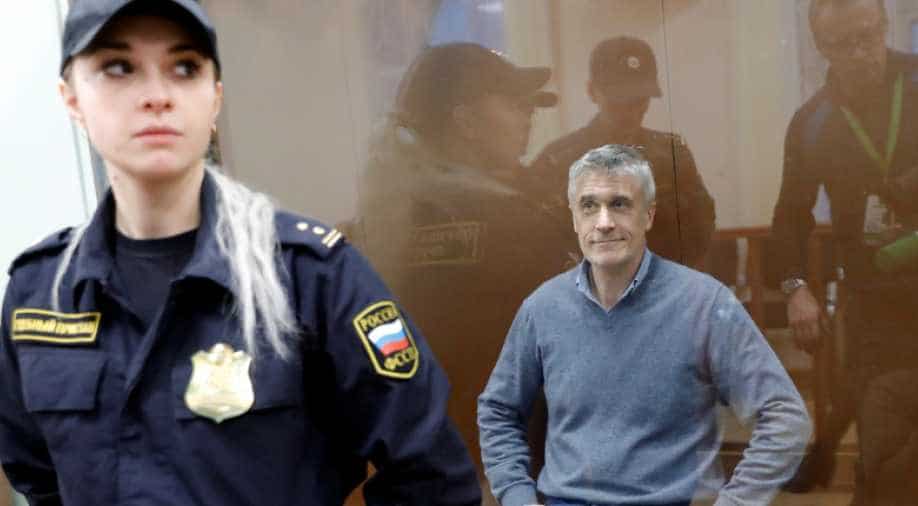 The detention of Michael Calvey, a founder of Baring Vostok Capital Partners, has rattled foreign investors in Moscow

Russia's President Vladimir Putin will not intervene in the case of a prominent US investor arrested over embezzlement accusations, the Kremlin said on Tuesday, playing down pressure to release him before trial.

The detention of Michael Calvey, a founder of Baring Vostok Capital Partners, has rattled foreign investors in Moscow and is likely to further strain US-Russian ties already under pressure over everything from Syria to espionage claims.

Calvey was held earlier this month along with three other executives from his private equity group after investigators accused them of stealing $38.09 million.

Calvey denies that, saying the allegations are intended to pressure him in a business dispute over a Russian bank where he is a board member.

The head of sovereign wealth fund Russian Direct Investment Fund (RDIF), its biggest state bank, and a former finance minister have all called for a softer approach.

And Finance Minister Anton Siluanov, in comments reported by the RBC media portal late on Monday, said businessmen should not be held in jail while under investigation without guilt proven.

House arrest was a more appropriate alternative, he said.

Asked for reaction to Siluanov's remarks, the Kremlin said Putin believed the Calvey case should be allowed to run its course despite Baring Vostok's appeal for him to get involved.

Every investigation should be viewed on its own merits without drawing wider conclusions about the business climate or such cases in general, he added.

"We can hardly speak about this (alleged heavy-handed treatment) being systemic in this case because the questions are to do with observing the law. These are questions that law enforcement authorities should deal with," Peskov said.

Putin has not yet spoken publicly about the Calvey case in detail, but told a closed door meeting of Russian journalists that security services should be given a chance to prove their case, according to someone at the meeting.

One source close to the Kremlin, who declined to be named because of the matter's sensitivity, suggested the government was less of a bystander, however, and was trying to work towards having Calvey moved to house arrest.

Calvey, who began working in Russia in 1994 and is well-known in financial circles, is due to appeal his detention later this week.

Baring Vostok has invested in successful Russian brands such as the Yandex search engine. According to its web site, it has over $3.7 billion of committed capital with an investor base of pension funds, university endowments, sovereign wealth funds, and other funds from North America, Western Europe, Asia and the Middle East.

The US embassy in Moscow said on Tuesday that one of its diplomats had finally been allowed to see Calvey in custody 12 days after his detention to offer him support. It had previously complained multiple requests to see him had not been satisfied.