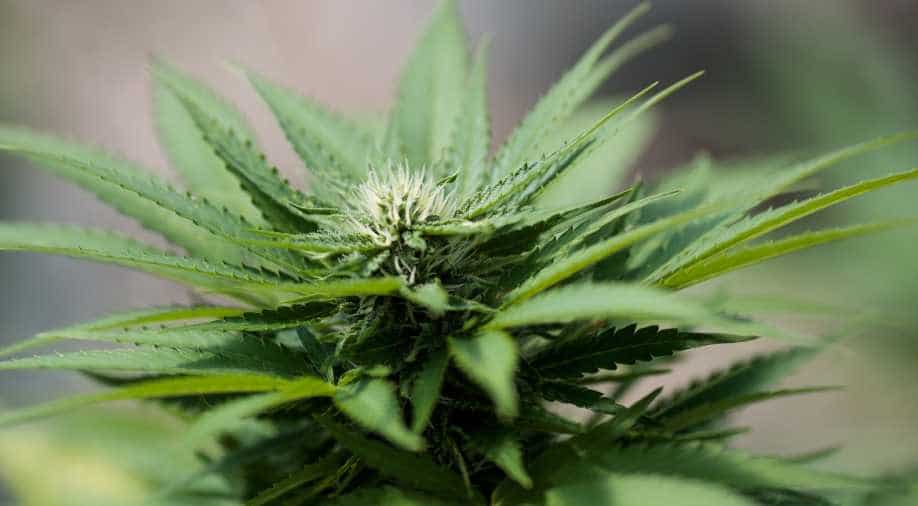 Support for the legalisation of marijuana has risen to nearly 60 per cent among US adults, marking a near reversal of attitudes held only a decade ago. More relaxed views about marijuana have led around two dozen states to allow legal access of some type of the drug and more US states are set to vote on marijuana related measures on Tuesday (November 8).

Polls indicate voters in California, the most populous US state, are likely to legalise marijuana on November 8, instantly creating a massive marketplace for marijuana and making California the fifth US state to permit recreational pot use.

On Venice Beach, one of the few spots in car-choked Los Angeles with a vibrant street life, support for Proposition 64, the referendum on California's November ballot that would legalize the cultivation, sale and recreational use of marijuana, is particularly high.

"People smoke everywhere so it's basically legal and people or the police turn a blind eye or really don't care if people are smoking so why are we going to be against a proposition that will, you know, generate billions of dollars in taxes?" said Laurie Martin, a Los Angeles resident from San Francisco.

"I think it should be legalised because why should people go to jail for something so minimal," added Robert Brown, a tourist from Indiana.

Others said marijuana should be legalised because of its medicinal qualities.

"I think it's good because I think that a lot of people actually benefit from it. I'm not saying it is for everybody, I don't think it`s for everybody, I don`t think that everybody should smoke it, just like not everybody should have certain medications. But certain people I think benefit from it, and if it comes from a doctor and it's a legit doctor that kind of does a good evaluation, then why not," said a pregnant LA resident, Maria Martin.

"Well I think it is a good idea because a lot of people suffer from a lot of different pain that doctors can't treat, and I think marijuana would be a good option," added Antonio Franco, an LA resident.

With marijuana legalisation measures on the ballot in nine states Tuesday, investment opportunities are attracting money from Wall Street, Silicon Valley and publicly traded companies with investors new to the sector eager for a piece of a market that, by some estimates, will reach $50 billion over the next decade. Proposition 64 has created divisions in law enforcement with some for the referendum and others against it.

Kristi Sandoval Eckard, the Director of the Los Angeles Police Protective League which is against Proposition 64, warned of the dangers of marijuana legalisation to public safety

"Undoubtedly more people will die on the roadways. Like I said that's already been shown in Washington and Colorado and California should pay attention to that. That's one of the reasons that the California Highway Patrol and the Auto Club of Southern California have opposed Prop 64, because they expect that deaths behind the wheel of a car or resulting from people who use marijuana will increase and that's a problem," said Eckard.

However, Law Enforcement Against Prohibition, which is a coalition of retired policemen, judges and other law enforcement officials, argue that Proposition 64 would free up law enforcement to focus on more serious crimes.

"The layer of use is already there and it's quite a large layer that we are not collecting taxes on, and that layer is being run by the black market. And so there is no protections in what you're buying what the strength is, what the purity is. So from a health and safety standpoint, people are going to know what they're buying. It`s going to be regulated just like alcohol, a person has to show an identification to do it and I can't see where crime would increase. Charlie Beck, the chief in LAPD, did a survey of crime around dispensaries and he found that they had more crime around banks than they did around dispensaries," he added.

If California's Proposition 64 passes on Tuesday it could be a tipping point for the rest of the country.