Police called on diplomats as APEC summit tensions boil over 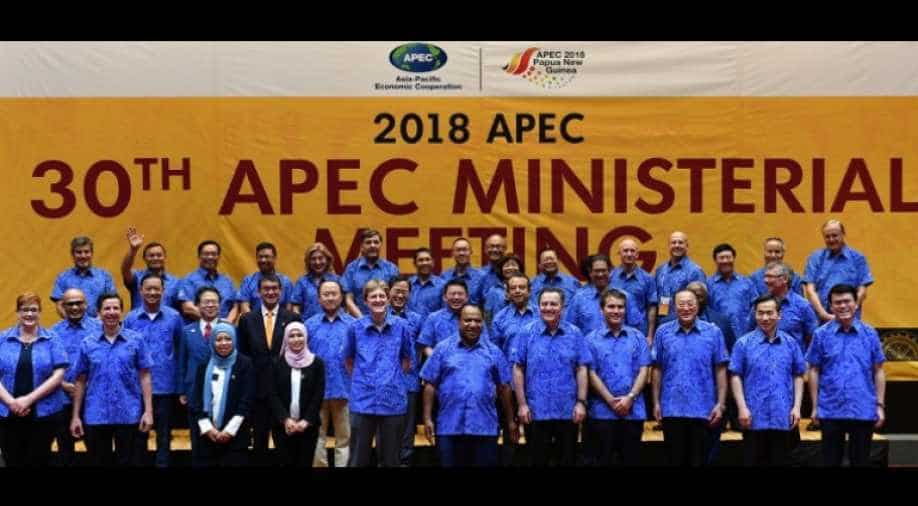 The diplomatic incident came with tensions already high at a summit of Asian-Pacific leaders that has been overshadowed by a spat between the United States and China.

The police were called when Chinese officials attempted to "barge" into the office of Papua New Guinea's foreign minister, it emerged Sunday, as APEC summit tensions boiled over.

The Chinese delegates "tried to barge in" to Rimbink Pato's Port Moresby office Saturday, in an eleventh-hour bid to influence a summit draft communique, but were denied entry, three sources with knowledge of the situation told AFP.

"Police were posted outside the minister's office after they tried to barge in," one source privy to summit negotiations told AFP, requesting anonymity.

The diplomatic incident came with tensions already high at a summit of Asian-Pacific leaders that has been overshadowed by a spat between the United States and China.

Pato had refused to meet with the delegates, according to a source, who said: "It's not appropriate for the minister to negotiate solo with the Chinese. The Chinese negotiating officials know this."

The minister himself sought to downplay the incident, telling AFP: "There wasn't an issue."

The Chinese delegation has yet to comment publicly on the incident but was set to hold a news conference later Sunday.

APEC nations usually agree a joint statement but officials are struggling to bridge deep divides on trade policy and admit that a formal communique may not be issued.

This is not the first time Chinese officials have been involved in a tense incident at a regional meeting.

At the Pacific Islands Forum in September, Nauru's president demanded China apologise after its delegation walked out of a meeting when the host refused to let an envoy speak until island leaders had finished.

"They're not our friends. They just need us for their own purposes," President Baron Waqa said at the time.