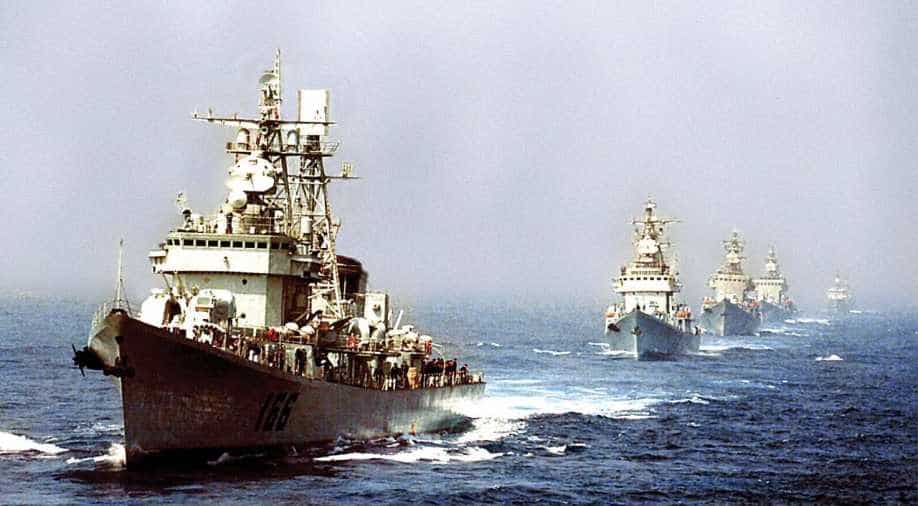 The Philippine government summoned the Chinese ambassador to press its demand for Chinese vessels to immediately leave a reef claimed by Manila in the South China Sea and said their presence was stoking tensions, officials said on Tuesday.

The escalating feud between Manila and Beijing started after more than 200 Chinese vessels suspected by Philippine authorities to be operated by militias were spotted early last month at Whitsun Reef. The Philippine government demanded the vessels leave then deployed coast guard and patrol vessels to the area but China said it owns the reef and the Chinese vessels were sheltering from rough seas.

After summoning Ambassador Huang Xilian on Monday, Philippine Foreign Undersecretary Elizabeth Buensuceso expressed to him Manila's displeasure over the illegal lingering presence of Chinese vessels around Julian Felipe Reef, the foreign affairs department said in a statement, using the Philippine name for Whitsun Reef in the most hotly disputed Spratlys region of the busy waterway.

"The continuing presence of Chinese vessels around the reef is a source of regional tension," Buensuceso said.

She reiterated to Huang that the reef, which lies about 175 nautical miles (324 kilometres) west of the Philippine province of Palawan, is within an internationally recognised offshore zone where Manila has the exclusive right to exploit fisheries, oil, gas and other resources.

She also cited a 2016 ruling in an international arbitration case the Philippines brought against China that invalidated Beijing's vast claims on historical grounds to virtually all of the South China Sea under a 1982 UN Maritime treaty.

The Philippine military has said aerial surveillance showed some of the Chinese vessels have left the reef but more than 40 remained moored in the area in late March. It debunked China's claim that the vessels were sheltering from rough seas saying the weather has been fine around the reef.