Panasonic joins firms stepping away from Huawei after US ban 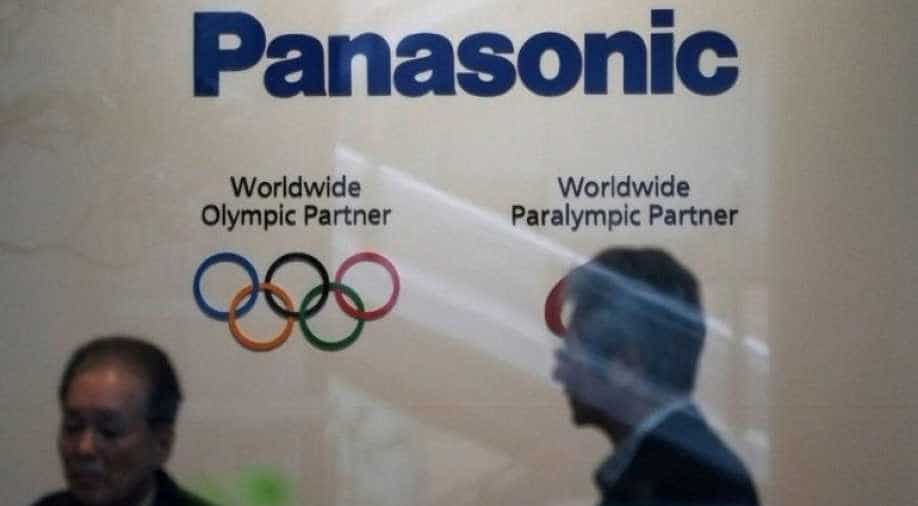 The logo of Japan's Panasonic is seen at the company's showroom in Tokyo. Photograph:( AFP )

Japan's Panasonic on Thursday said it was halting business with Huawei, joining a growing list of firms distancing themselves from the Chinese telecoms giant after a US ban over security concerns.

"We've stopped all business transactions with Huawei and its 68 group companies... that are subject to the US government ban," Panasonic spokesman Joe Flynn told AFP.

"Yesterday an internal instruction to fully enforce that rule was issued," he added.

Washington's restrictions affect products made in the United States, where Panasonic manufactures some of the components it supplies to Huawei, the Japanese firm said.

The decision raises the pressure on Huawei after US President Donald Trump last week declared a national emergency to bar US companies from using foreign telecoms equipment deemed a security risk.

The move appeared aimed at Huawei, though the White House said no particular company or country was targeted.

The decision has prompted a parade of firms to step back from dealings with Huawei, including US internet giant Google, whose Android operating system powers most of the world's smartphones.

And on Wednesday mobile carriers in Japan and Britain said they were delaying releases of Huawei handsets.

Telecoms giant EE, owned by BT, was due to bring Huawei's first 5G phone, the Huawei Mate 20X, to Britain, but the Chinese giant's involvement in the country's telecoms sector has become politically controversial.

EE chief executive Marc Allera said the company had "paused" the launch of Huawei's 5G phones "until we get the information and confidence and the long-term security that our customers... are going to be supported".

The group also said it would phase out the use of Huawei equipment in the most sensitive "core" elements of its network infrastructure.

The BBC also reported that British firm ARM, which designs processors used in most mobile devices, is set to cut ties with Huawei.

ARM's products contain "US-origin technology" that would be affected by Washington's ban, the BBC said.

ARM staff were told to suspend "all active contracts, support entitlements, and any pending engagements" with Huawei, according to internal documents seen by the BBC.

Huawei said Wednesday that it recognised "the pressure" placed on its suppliers and that it was "confident this regrettable situation can be resolved."

'A sense of safety'

In Japan, KDDI and SoftBank Corp, the country's number-two and number-three carriers respectively, said they too were delaying the release of Huawei handsets to assess the impact of the US ban.

"We are currently trying to confirm if our customers will be able to use the equipment with a sense of safety", SoftBank spokesman Hiroyuki Mizukami told AFP.

And the country's biggest carrier, NTT Docomo, said it was suspending pre-orders for a new Huawei handset, but stopped short of halting the release.

Trump's order effectively bans US companies from selling Huawei and affiliates the critical components that have helped it grow into the world's largest supplier of telecom networking equipment and second-biggest smartphone maker.

US officials this week, however, issued a 90-day reprieve on the ban, saying breathing space is needed to avoid huge disruption.

The US Commerce Department has also announced an effective ban on US companies selling or transferring US technology to Huawei.

Washington has long suspected deep links between Huawei and the Chinese military, and its moves against the company come amid the churning trade dispute between the world's top two economies.

The issue has also been the source of heated controversy in Britain ever since a leak from the country's National Security Council last month suggested the government was planning a limited role for Huawei in its 5G network.

US Secretary of State Mike Pompeo warned Britain during a visit to London that it risked undermining the historic allies' intelligence sharing.