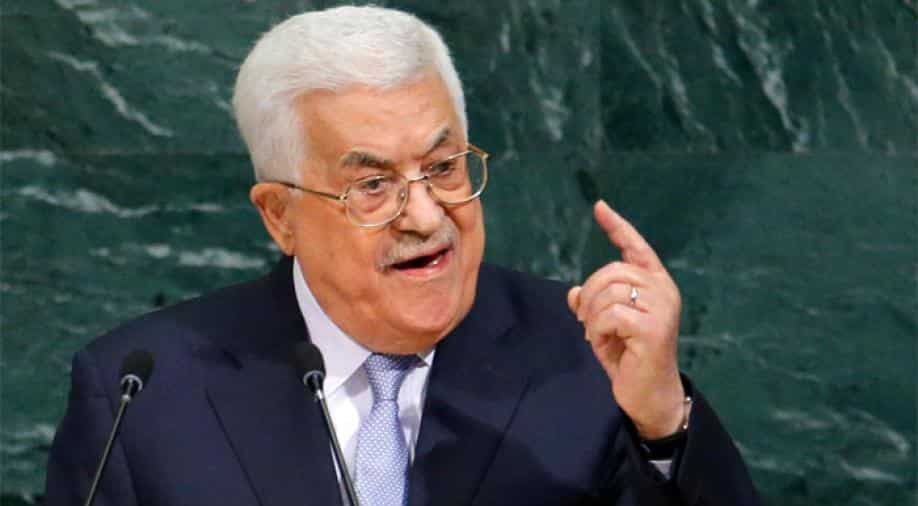 Hamas and Abbas's secular Fatah party have been at loggerheads since the Islamists seized control of Gaza from Abbas's forces in a near civil war in 2007.

The decade-long Palestinian split looks set to deepen in the coming months, with president Mahmud Abbas poised to take multiple measures against Gaza to squeeze its Islamist rulers Hamas.

The moves raise concerns of more suffering for Gaza's two million residents, already under an Israeli blockade and facing severe electricity shortages, while a cornered Hamas could renew violence against Israel.

Analysts say the measures will also widen the gap between Hamas-run Gaza and the occupied West Bank, where Abbas's government has limited self-rule.

Hamas and Abbas's secular Fatah party have been at loggerheads since the Islamists seized control of Gaza from Abbas's forces in a near civil war in 2007, a year after sweeping parliamentary elections.

Hamas has since fought three bloody wars with Israel and fears of a fourth remain.

Multiple reconciliation attempts between the Palestinian factions have failed but Egypt thought it had made a breakthrough in late 2017 when the two sides agreed to eventually share power.

As part of that agreement, Hamas withdrew from border crossings between Gaza and Egypt and Israel, allowing the Fatah-dominated Palestinian Authority to return and the Egyptian border to be reopened regularly.

The reconciliation agreement has since collapsed acrimoniously.

On Sunday, the PA announced it would withdraw from the Egyptian border crossing, creating a dilemma for Cairo about whether to leave it open with Hamas in control.

So far they have indicated they will. Senior officials close to Abbas said he is looking for other measures to punish Hamas.

Among these could be removing staff from the crossings between Israel and Gaza — making it hard for the Jewish state to allow anything into the territory without dealing directly with Hamas, which it and many other countries label a terrorist organisation.

They could also include cutting salaries to families of Hamas prisoners or rescinding Palestinian passports for Hamas employees.

Abbas has also pledged to dissolve the Hamas-dominated Palestinian parliament, which though it hasn't met since the 2007 split is still nominally the basis for new laws.

"Very important decisions against Hamas are being discussed," a senior official said on condition of anonymity.

It follows a series of arrests of those affiliated with Fatah in Gaza, according to Abbas allies.

The official said the PA spent around $ 100 million per month in Gaza, including for electricity subsidies, and was looking to cut back significantly.

"Those that want to rule Gaza must bear the responsibility of governing it," the official said.

Azzam al-Ahmad, a senior Abbas ally, and negotiator of the 2017 reconciliation agreement told AFP "the leadership is considering a number of measures".

"Any type of sanctions such as electricity, preventing medicine, closing the border or cutting the salaries are intended to blackmail residents into rising against Hamas and they fail," he told AFP.

"This is the most that Abbas can do."

The Palestinians have faced stark challenges over the past two years, with US President Donald Trump leading what he has called the most pro-Israel administration in the country's history.

Abbas's government froze contacts with the Trump administration after it recognised the disputed city of Jerusalem as Israel's capital in December 2017.

The deepening split between the two factions weakens their ability to respond to such pressure, said Hugh Lovatt of the European Council on Foreign Relations think-tank.

He said the PA withdrawal from the border crossings was part of a "package of measures designed to try and squeeze Hamas."

"It is not irreversible but it is certainly a very negative step. This is short-term thinking triumphing longer-term strategy."

"Palestinians fear that this latest move will cement the division and lead to a complete break between Gaza and the West Bank, something Israel has been pushing," she said.

Both sides were "playing politics with people's lives instead of taking on Israel's 50-year-plus occupation," she said.

The protests had calmed in recent months after Hamas and Israel struck an agreement that saw Qatari aid allowed into the territory.

This week, it was reported that Israel had blocked the third tranche of Qatari funding, which could lead to increased tensions.

"If the Israelis do block the money, then I think it is almost a certainty you will see Hamas increasing the tension on the border," Lovatt said.