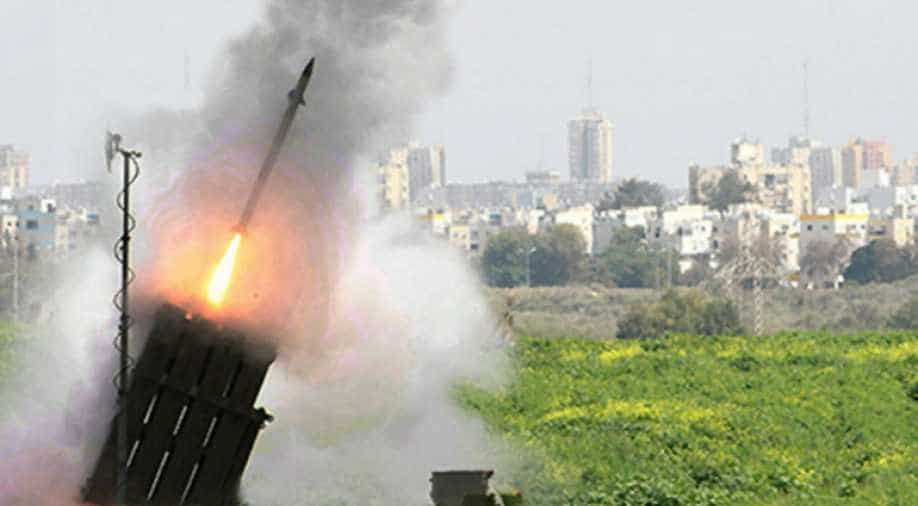 Two targets in Gaza City were hit by the Israeli strikes and no one was harmed, security sources in Gaza said.

"We will continue operating to defend Israeli civilians," it added.

Two targets in Gaza City were hit by the Israeli strikes and no one was harmed, security sources in Gaza said.

The clashes come a day after a Gaza woman was shot dead by Israeli forces during weekly protests and clashes along the Gaza border.

The health ministry named her as Amal al-Taramsi, 43, saying she was the third woman to die in months of clashes that have seen at least 241 Palestinians killed.

Another 25 Palestinians were wounded along the Israeli border in Friday's violence.

The Israeli army said that around 13,000 Palestinians had gathered in multiple sites along the border.

"The rioters have burned tyres and hurled blocks, explosive devices and grenades towards (Israeli) troops and at the Gaza Strip security fence," an army statement read.

At least once a week since March, Palestinians have taken part in often violent protests with backing from Hamas.

Most of the Palestinians killed were shot in weekly clashes, but others have been hit by tank fire or airstrikes.

Protests have calmed in recent months amid an informal truce between Israel and Hamas.

Under the unwritten agreement, Israel has allowed Qatar to provide money and fuel to Hamas's government in Gaza in exchange for relative calm.

Expected delivery of new funds by Qatar did not arrive this week, sparking speculation Israel was holding it up.

On Monday, a rocket fired from Gaza hit Israel, prompting the Jewish state to carry out a series of air strikes against Hamas targets in the Palestinian enclave.