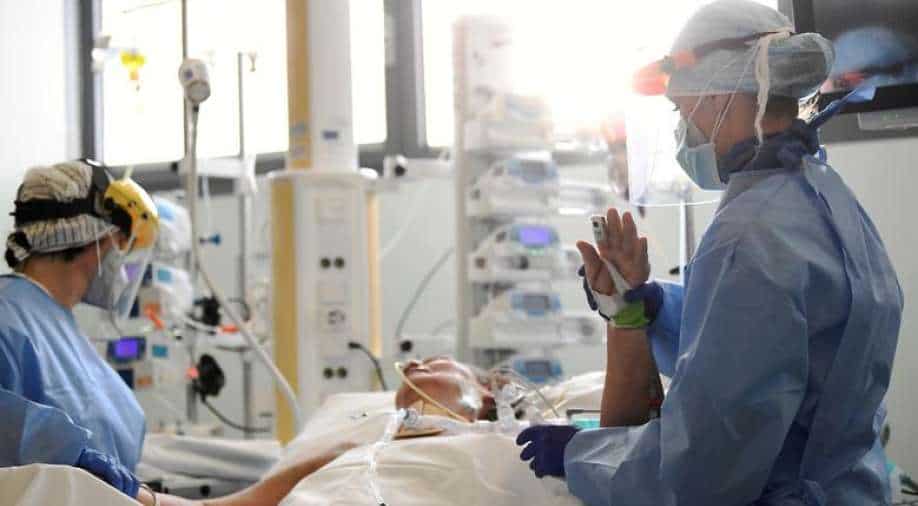 The number of Covid-19 cases in the US has topped 12.7 million with over 262,090 deaths, according to the Johns Hopkins University.

The United States on Wednesday registered more than 2,400 deaths from Covid-19 in 24 hours, according to the Johns Hopkins University tally -- the highest daily toll in six months as the Thanksgiving holiday began. It also registered nearly 200,000 new cases.

The record remains 2,603 deaths, set on April 15, but the country could easily exceed that number in the coming winter months. Overall, daily new infections haven’t dipped below 100,000 in three weeks, and for the 15th consecutive day, the US break its own hospitalization record.

The number of Covid-19 cases in the US has topped 12.7 million with over 262,090 deaths, according to the Johns Hopkins University.

In its latest update on Thursday, the University's Center for Systems Science and Engineering (CSSE) revealed that the country's caseload and death toll stood at 12,765,039 and 262,090, respectively.

US President-elect Joe Biden cited accelerating plans to deliver a vaccine as he appealed for his "weary" countrymen to dig deep.

"There is real hope, tangible hope. So hang on. Don't let yourself surrender to the fatigue," Biden said in a televised Thanksgiving address.

"You will get your lives back. Life is going to return to normal. That will happen. This will not last forever."