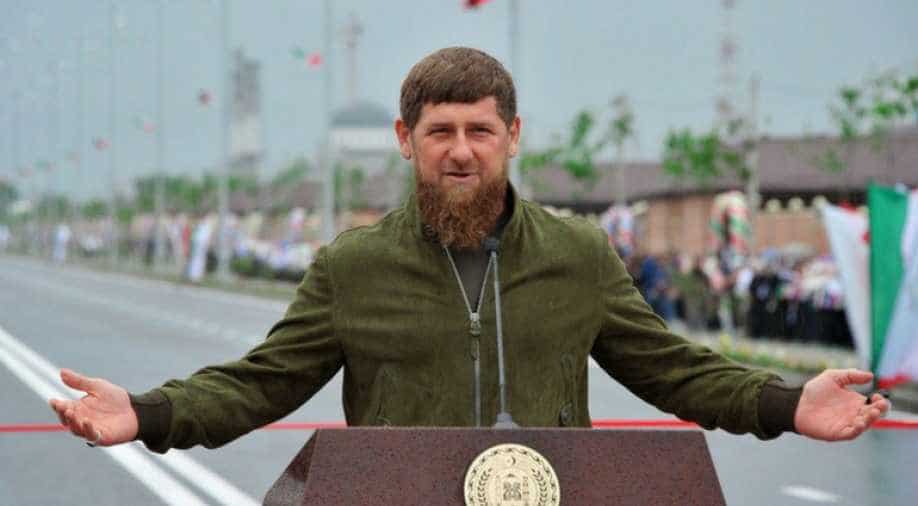 Mr. Kadyrov’s alliance with the UAE and Egypt has allowed him to exploit Russia’s hosting of the World Cup even if Chechnya will not be a venue for any of the competition’s matches. Photograph:( Twitter )

When strongman Ramzan Kadyrov last month opened The Local, a United Arab Emirates-funded luxury hotel in the Chechen capital of Grozny and prepared to receive Egypt's World Cup qualifying a national team as its first guests, he was cashing in on more than the Russian region's Muslim identity.

Eager to forge close ties to Middle Eastern nations, Mr. Kadyrov, who tightly controls Chechen sports, was cashing in on the fact that he has aligned himself with like-minded governments that not only stand out in their repression of dissent but also their efforts to oppose Saudi-inspired ultra-conservative Sunni Muslim Islam.

Mr. Kadyrov, a barrel-chested man who recognizes the political utility of sports and is widely seen as a henchman of Russian President Vladimir Putin, earned his credentials by brutally suppressing an Islamist insurgency in Chechnya during his decade-long tenure.

Speaking to The Washington Post, Beslan Visambiev, a manager of a Grozny-based UAE investment fund, suggested that Mr. Putin was using Mr. Kadyrov as his point man in the Muslim world. "It seems like Putin delegated those powers to Kadyrov," Mr. Visambiev said.

Mr. Visambiev echoed Mr. Kadyrov's own words four years earlier when he addressed 20,000 members of his militia in a Grozny stadium.

"The time has come for us to make our conscious choice, and we say this to the whole world that we are the combat infantry of Vladimir Putin," Mr. Kadyrov said quoting a speech given by his father shortly before he was assassinated in 2004.

Criticism by human rights groups of the UAE's investment and Egypt's choice of Grozny has focussed on Chechnya rather than the Emirates and Egypt, even if both countries have recently been in the news for their own alleged violations of basic rights.

A close US ally, the UAE stands accused of being a "colonizing force" in Yemen that supports extremist militias responsible for violence against Yemeni activists and Islah

The US the House of Representatives last week voted to investigate a potential US role in torture in a UAE-operated network of prisons in Yemen.

A close US ally, the UAE stands accused of being a "colonizing force" in Yemen that supports extremist militias responsible for violence against Yemeni activists and Islah, a Muslim Brotherhood-linked political party, and a bete noire of UAE crown prince Mohammed bin Zayed.

Mr. Kadyrov, whose human rights record, like that of Prince Mohammed and Mr. Al-Sisi, has been questioned, has denounced allegations of abuse as a "myth" designed to destabilise his government.

Yet, Mr. Kadyrov's notion of a more liberal interpretation of Islam is not dissimilar to that of Mr. Al-Sisi or Prince Mohammed, even if the effective UAE ruler has been not quite as harsh in measures against transgender, gay, and gender non-conforming people.

Both Chechnya and Egypt have in the last year brutally targeted gays, prompting Human Rights Watch to demand that world soccer body FIFA oppose a proposed Egyptian anti-LGBT law and to demand the release of Oyub Titev, the head of Chechnya's only still operating human rights group.

The fact that Egypt and the UAE are the vehicles Mr. Kadyrov is using to exploit this month's World Cup in Russia in a bid to project Chechnya on the world stage in a more positive light and polish his tarnished image is no coincidence

The bullet-riddled body of Mr. Titev's predecessor, Natalia Estemirova, was dumped by the road shortly after she was kidnapped in 2009.

The fact that Egypt and the UAE are the vehicles Mr. Kadyrov is using to exploit this month's World Cup in Russia in a bid to project Chechnya on the world stage in a more positive light and polish his tarnished image is no coincidence.

Both the UAE and Egypt have been in the forefront of efforts to counter political Islam and promote more quietist, apolitical interpretations of the faith that counter Saudi-style ultra-conservatism and are more in line with their vision of autocratic rule even if both countries are closely aligned with the kingdom.

The UAE has quietly nurtured the creation of moderate Islamic institutions such as the Muslim Council of Elders, the Global Forum for Prompting Peace in Muslim Societies and the Sawab and Hedayah Centres in a bid to counter the influence of controversial, Qatar-based Islamic scholar, Sheikh Yusuf al-Qaradawi, the Muslim Brotherhood, and more militant Islamist forces.

Mr. Al-Sisi, an observant Muslim who in a 2006 paper argued that democracy cannot be understood without a grasp of the concept of the caliphate, has been advocating with limited success that Al Azhar, one of the Muslim world's foremost institutions and the world's oldest seat  of Islamic learning, spearhead "a religious revolution" to counter militancy.

Mr. Kadyrov, who professes to be a Sufi, a more mystical interpretation of Islam, facilitated in 2016 a high point of the Emirati and Egyptian efforts when he hosted in Grozny a gathering of prominent Sunni Muslim leaders that effectively excommunicated Saudi-backed ultra-conservatism.

In a frontal assault on Saudi-backed religious movements such as Wahhabism, Salafism and Deobandism, the conference charged that the label Sunni had been hijacked by heretics whose deviant practices distorted Islam.

In defining Sunni Islam, the conference explicitly excluded Wahhabism, the version of Islam long propagated by Saudi Arabia, as well as Salafism and Deobandism from its definition.

Mr. Kadyrov’s alliance with the UAE and Egypt has allowed him to exploit Russia’s hosting of the World Cup even if Chechnya will not be a venue for any of the competition’s matches

Mr. Kadyrov's alliance with the UAE and Egypt has allowed him to exploit Russia's hosting of the World Cup even if Chechnya will not be a venue for any of the competition's matches.

The alliance has also paid off in other ways. The UAE last year created the Zayed Fund that aims to support Chechen businesses and is funding construction of a gleaming skyscraper in the Chechen capital. UAE-based carrier Air Arabia launched in April direct flights from Sharjah to Grozny.

The UAE-Egypt-Chechnya alliance may have produced economic benefits but appears to have done little to improve the tarnished image of the Russian republic or Mr. Kadyrov himself.

"FIFA's decision to use Grozny for a World Cup team camp is absolutely shocking and outrageous. FIFA should reverse their decision and move the training camp to another city," said Human Rights Watch associate director Jane Buchanan.

FIFA last year conceded that anti-LGBT attacks in Chechnya were in "sharp contradiction to the values of FIFA as an organization and we firmly condemn them" but more recently insisted that it had "no grounds to believe that the choice of the Egyptian FA to locate its base camp in Grozny will cause particular adverse human rights impacts."

Countered Ms. Buchanan, the author of a report on World Cup worker abuses in Russia: Mr. Kadyrov runs Chechnya "like his own fiefdom and commits human rights abuses with impunity. FIFA's decision will only legitimize the utterly abusive Kadyrov regime."