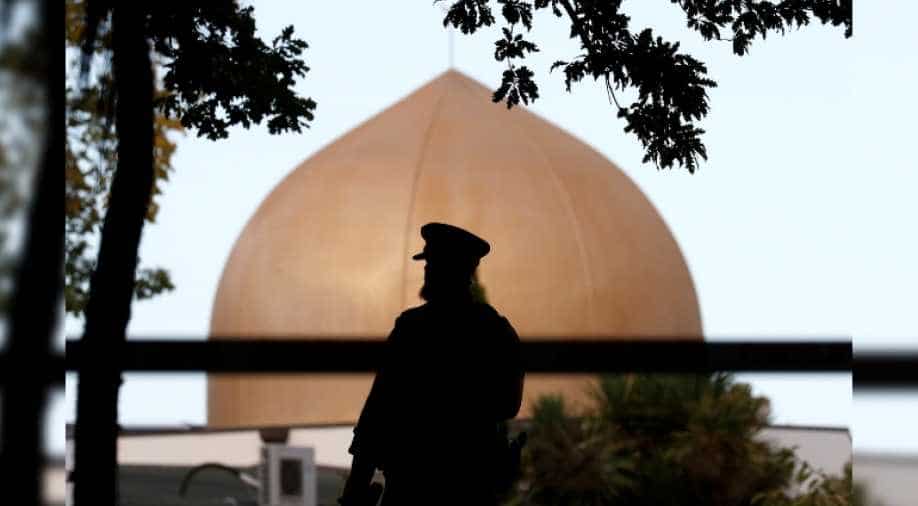 Police raided the 54-year-old man's home on Tuesday night and found a cache of firearms after receiving a tip-off from the public about "suspicious behaviour".

Christchurch police launched an urgent investigation Wednesday to find out whether a man who died after an early morning stand-off with armed officers had links to attacks on two mosques which killed 50 people.

Police raided the 54-year-old man's home on Tuesday night and found a cache of firearms after receiving a tip-off from the public about "suspicious behaviour".

They stopped the man in his car in the Richmond Park area, just outside central Christchurch, and began negotiations that lasted for about three hours.

Police eventually approached the vehicle and found the man critically injured with a stab wound that soon claimed his life. They did not explain how he got the wound.

They said there were no firearms in the vehicle, which was also cleared by explosives experts.

"A high priority investigation is underway to determine whether or not the deceased man posed a threat to the community," police said.

With the South Island city on alert after New Zealand's gun massacre less than two weeks ago, police said they would also look for any links to the mosque attacks.

"At this time there is no evidence to suggest this person had any involvement in the attacks of March 15, however this forms an important part of the investigation," they said.

Christchurch will host a national memorial for the attack victims on Friday and police have urged the public to remain vigilant.

The government this week ordered a judicial inquiry into whether the South Pacific nation's intelligence services could have prevented the attack amid criticism the white supremacist gunman went unnoticed as they were too focused on Muslim extremists.

Andrew Little — the minister responsible for the GCSB and SIS intelligence services — said he had signed powerful surveillance warrants as information gathering continued in the wake of the attack.

"I have given authority to the agencies to do intrusive activities under warrant, the number of those (warrants) I'm not at liberty to disclose," he told Radio New Zealand.

Little said intelligence services typically monitored 30-40 people but that number had now increased, although he was unwilling to reveal by how much.

He said a warrant permitted anything from physical surveillance to the monitoring of telecommunications activity.

"The whole gambit of what would otherwise be described as intrusive activity," he told the New Zealand Herald.

"The purpose of a warrant is to authorise and effectively make lawful what would otherwise be unlawful activity."

Little denied New Zealand had proved a "soft target" for the accused gunman, an Australian with apparent links to right-wing groups who reportedly moved to the country with the intention of carrying out an attack.

Little said he maintained confidence in the intelligence services, adding it was "premature" to say they had failed until the inquiry into their actions was complete.

"Until there's a very microscopic look at what the agencies have been doing and whether they've missed anything, I can't say for certain," he told RNZ.

"It's important for me, the agencies, but ultimately for public confidence that we let that commission of inquiry do its job and reach its conclusions."