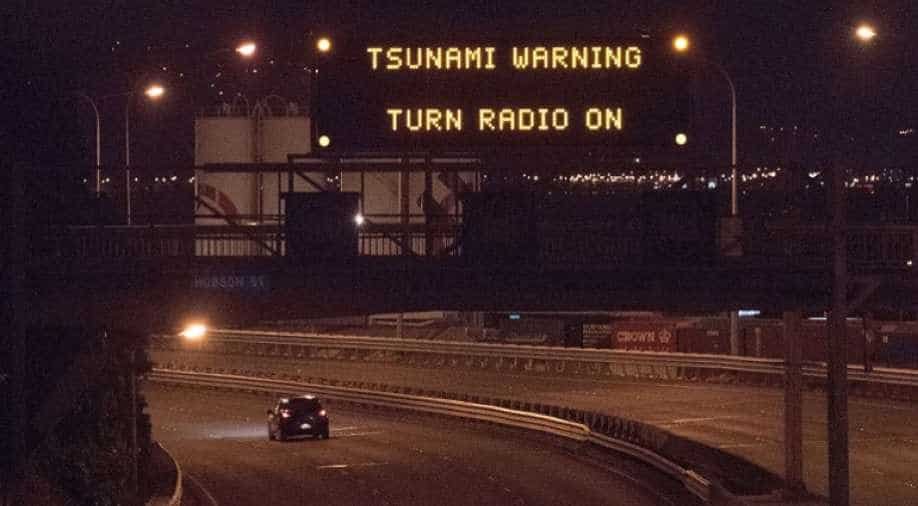 At least two people were killed and more are feared dead after a massive 7.8 magnitude earthquake struck central new Zealand just after midnight Sunday, the US Geological Survey said.

The earthquake was followed by a tsunami.

And then, a few hours after the first earthquake, New Zealand's South Island was hit by a second 6.2 magnitude earthquake, the US Geological Survey said

The police said they were trying to reach an isolated property where a casualty "believed to be a fatality," has been reported.

"A tsunami is possible," the national civil defence organisation, which is in charge of New Zealand's emergency management, said in a bulletin.

"The first wave activity may not be the most significant," it said, adding tsunami activity would continue for several hours.

The coastal tourist town of Kaikoura is completely cut off and there are reports of collapsed buildings. St John Ambulance sent helicopters carrying medical aid and search and rescue personnel, AFP reported.

Gerry Brownlee, the interim civil defence minister said, "There are some reports of casualties but the picture will be clearer as day breaks."

In Kaikoura, emergency services were searching for a missing person in a collapsed homestead. Another person who was thought missing was found alive, as per local media reports.

In February 2011, a 6.3 quake killed 185 people in New Zealand and caused widespread damage.

The tremor, which was measured by New Zealand's Geonet at magnitude 6.6, was felt throughout most of New Zealand.

"The whole house rolled like a serpent and some things smashed, the power went out," a woman who gave her name as Elizabeth told Radio New Zealand from her home in Takaka, near the top of South Island.

Love in times of the corona: How this Brooklyn man proposed