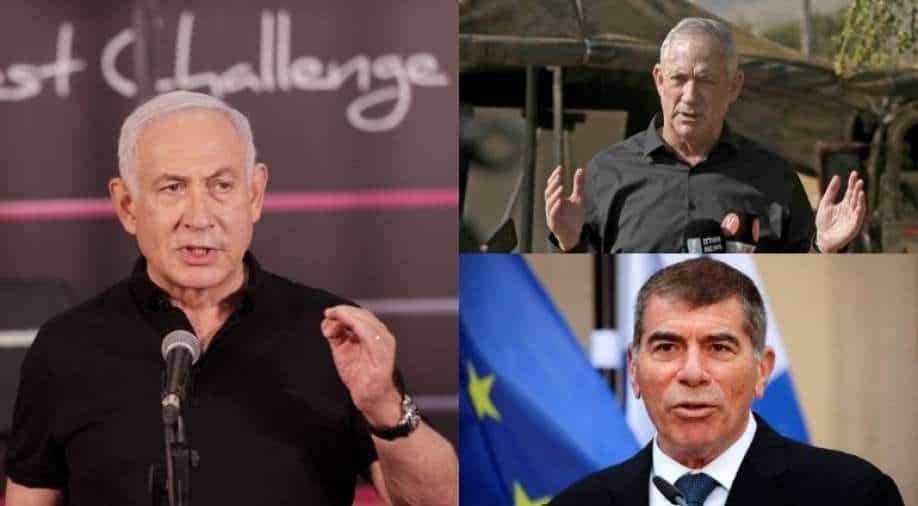 Netanyahu's meeting with Defence Minister Benny Gantz and Foreign Minister Gabi Ashkenazi followed his first phone call with the US leader last week, and came a month before Israel holds another election triggered by coalition infighting

Netanyahu's meeting with Defence Minister Benny Gantz and Foreign Minister Gabi Ashkenazi followed his first phone call with the US leader last week, and came a month before Israel holds another election triggered by coalition infighting.

Israeli officials said the conservative Netanyahu, bracing for discord with Biden's Democratic administration on Iran, wanted to present a united front with the centrist Gantz and Ashkenazi.

"This is a matter that is supremely important, certainly more than politicking," an Israeli official said. "We have to ensure everyone is on board and not tempted to speak out of turn in hope of getting more votes."

Under Iran's 2015 nuclear deal with world powers, it undertook to limit its disputed uranium enrichment programme in exchange for a lifting of international sanctions.

When he tussled with then-US President Barack Obama over the deal, Netanyahu faced dissent from some of his own national security advisers. Obama's successor, Donald Trump, quit the deal in 2018, asserting that it was one-sided in Iran's favour, and reimposed sanctions on Tehran - moves welcomed by Netanyahu.

Biden, who was Obama's vice president, wants to rejoin the accord, a prospect Netanyahu and the current Israeli military chief have closed ranks against, as long as Iran ends violations since 2018 and returns to full compliance.

Also on the agenda of Monday's meeting was the possible appointment of a special Israeli envoy on the Iranian issue.

Candidates include Mossad spymaster Joseph (Yossi) Cohen and National Security Adviser Meir Ben-Shabbat, both of whom took part in the meeting, officials said. As both answer directly to Netanyahu, Gantz had voiced worry the Defence Ministry might be excluded from future diplomacy, one official said.