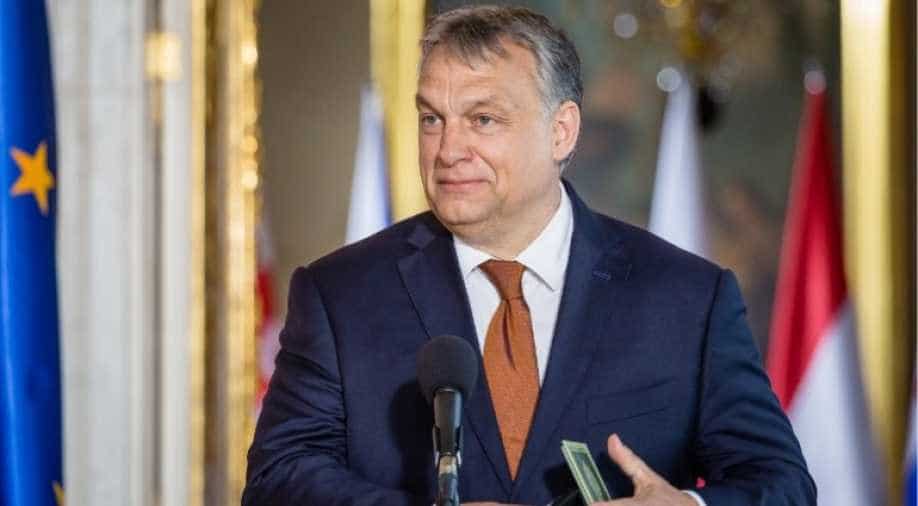 Hungary's population has been falling by 32,000 individuals per year, and they also have a lower fertility rate than Europe.

Hungarian Prime Minister Victor Orban during his state of the nation address unveiled his grand plan to increase the fertility rate in the country by exempting Hungarian women with four or more children from paying income tax for life.

Hungary's population has been falling by 32,000 individuals per year, and they also have a lower fertility rate than Europe. Orban insisted that the baby boom was the way to defend the future of the country and also a way to put an end to immigration.

"We are living in such times when there are fewer and fewer children born in Europe. For the West, the answer (to that challenge) is immigration. For every missing child there should be one coming in and then the numbers will be fine. But we do not need numbers. We need Hungarian children," Orban said.

Orban has been particularly opposed towards Muslim immigrants. In fact, the biggest applause during his state of the nation address was for his plans to increase Hungary's fertility rate for which he announced that a young Hungarian couple will be given an interest-free loan of 10 million forints, which would be cancelled when the couple has a third child. Besides this, a married couple with three or more children can receive a loan of almost 35 million forints or a whopping $124,390.

Orban also announced creating at least 21,000 nurseries in the next three years, besides offering housing subsidies and investing an additional $2.5 billion in the country's health system.

Though the announcement did not please everybody which led to a thousand people protesting against the prime minister policies outside the parliament.

The world population as of this year stands at a staggering figure of 7.5 billion. And the trend is that the population will continue to grow. But this is in stark contrast to the first world industrialised countries such as Japan and other parts of Europe, which have seen their populations shrink in recent decades.