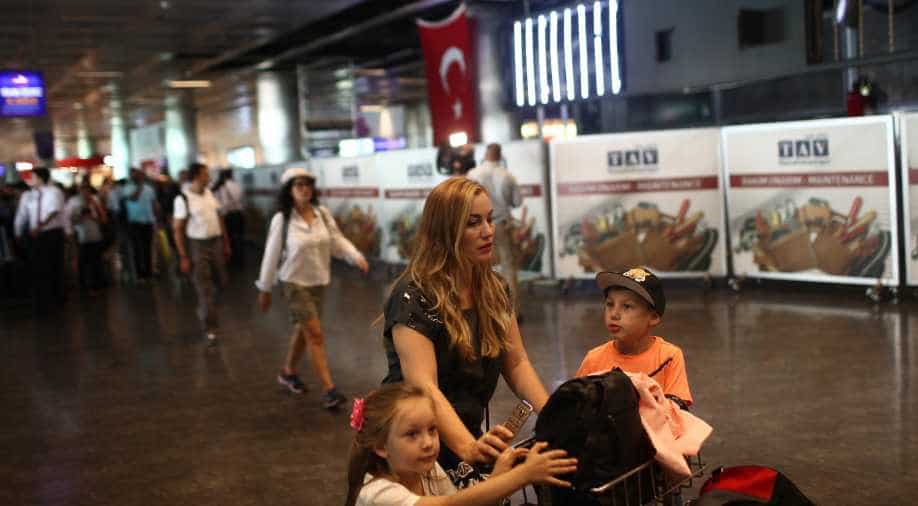 Police have detained 13 in raids across Istanbul in connection with Tuesday's attack on Europe's third-busiest airport. Photograph:( Getty )

Follow Us
The three suicide bombers who carried out an attack on Istanbul's main airport that killed 42 people were of Russian, Uzbek and Kyrgyz nationality, a Turkish official said on Thursday.

Police detained 13 people, three of them foreigners, in raids across Istanbul in connection with Tuesday's attack on Europe's third-busiest airport, the deadliest in a series of suicide bombings in Turkey this year.