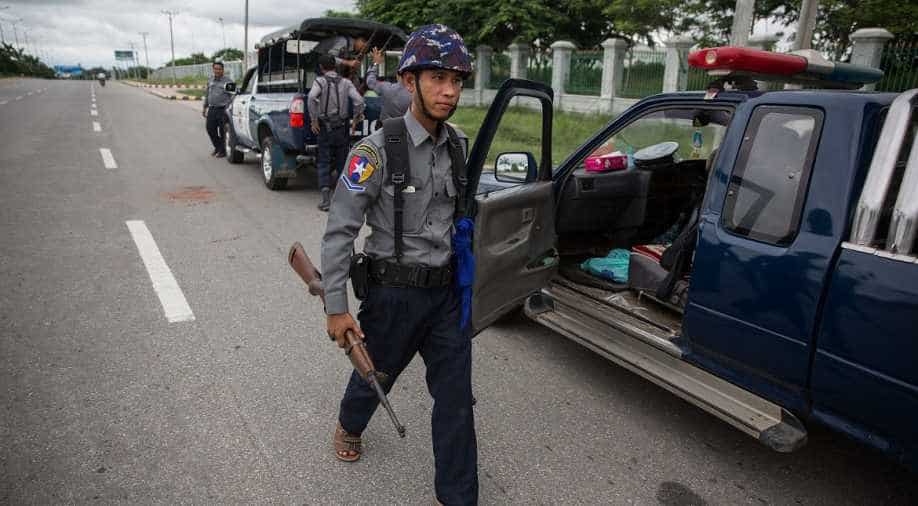 The incident threatens to 'impede the democratic processes that Ms Aung San Suu Kyi and her party had fought long and hard for,' the network said, calling for the two men's immediate release.?(Representative image) Photograph:( Getty )

An Asian news network on Saturday called for the release of two Myanmar media executives jailed for alleged defamation, the latest case to highlight limits on free speech under the country's new democratic government.

The CEO of Eleven Media Group and a chief editor of a newspaper it publishes were detained by police Friday over a column that accused the government of having "rosy relations" with corrupt officials.

The defamation lawsuit was brought by a minister from Aung San Suu Kyi's pro-democracy party, which came to power earlier this year after sweeping historic elections that ended five decades of military rule.

The column also accused the minister of receiving a $100,000 watch from a businessman who later won plum contracts. Although neither were directly named in the piece, both called press conferences to deny the allegations.

On Saturday, editors from the Asian news network - a consortium of English-language outlets across the region, including Eleven Media group - expressed "shock and dismay" over the arrests of CEO Than Htut Aung and editor Wai Phyo.

The incident threatens to "impede the democratic processes that Aung San Suu Kyi and her party had fought long and hard for," the network said, calling for the two men's immediate release.

Police said they are preparing to charge the journalists with violating a defamation clause under Myanmar's broadly worded telecommunications law - legislation that was frequently used by the former quasi-military government to punish critics.

Despite hopes democracy activist Suu Kyi would usher in a new era of free expression, several people have been prosecuted for defamation since her party took over in late March.

In September, a man was handed a nine-month jail sentence for calling President Htin Kyaw - Suu Kyi's ally - "crazy" in a Facebook post.

A researcher for the ruling National League for Democracy (NLD) was also recently charged under the law for criticising the still-powerful army in a Facebook post.

"While the new government has made some attempts to amend long-standing repressive laws that target activists and media workers, this case shows that those attempts do not go far enough," said Rafendi Djamin, Amnesty International's regional director for Southeast Asia and the Pacific.