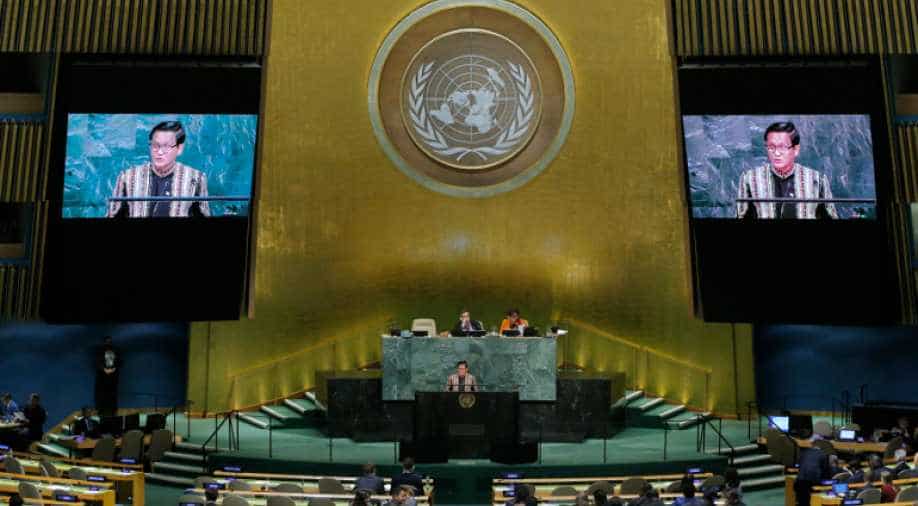 Myanmar insisted Wednesday to the United Nations that the crisis in violence-torn Rakhine state was easing after heavy international criticism.

Van Thio's remarks are even less likely than Suu Kyi's to mollify global concerns as he questioned the reasons for the flight of members of the Rohingya Muslim minority.

"I am happy to inform you that the situation has improved," Van Thio said in his address, saying there have been no clashes since September 5.

"Accordingly, we are concerned by reports that the numbers of Muslims crossing into Bangladesh remain unabated. We would need to find out the reason for this exodus," he said.

The United Nations says more than 420,000 Rohingya have fled for safety to Bangladesh in the face of an army campaign that includes the burning of villages and rape.

Van Thio did not use the term Rohingya, referring to them simply as Muslims. The Rohingya are widely reviled in the Buddhist-majority country.

Van Thio noted that the army campaign came in response to a rebel attack and said that non-Muslims have also suffered.

But Myanmar's third-in-command thanked foreign countries for support, not referring directly to their criticism.

"Humanitarian assistance is our first priority. We are committed to ensuring that aid is received by all those in need, without discrimination," Van Thio said.

Suu Kyi's stance has disheartened human rights groups who had campaigned for her freedom during the Nobel Peace Prize winner's 15 years under house arrest by a military junta.

But analysts say that Suu Kyi, while now the country's leader, may not be able to curb the army even if she took the political risk of speaking out.