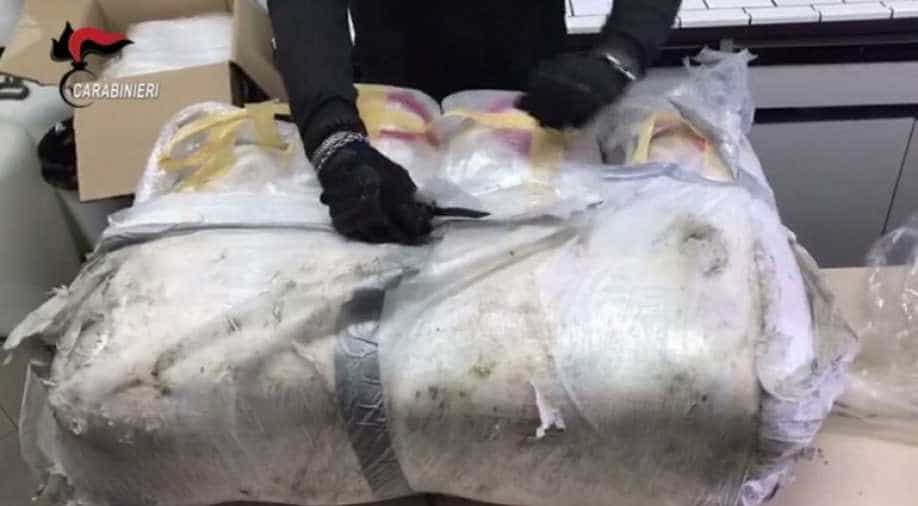 Police have arrested 334 people in one of the largest anti-mob operations ever seen in Italy, highlighting the growing reach of the 'Ndrangheta mafia, prosecutors said on Thursday.

The 'Ndrangheta is based in the southern region of Calabria, the toe of Italy's boot, and has surpassed Sicily's more famous Cosa Nostra to become the most powerful mafia group in the country - and one of the largest criminal gangs in the world.

Police said they seized hundreds of suspects in early morning swoops around the country, with some arrests also carried out in Germany, Switzerland and Bulgaria.

"Politicians were involved, as well as lawyers, accountants, public officials, court clerks. All people who had jobs and did not need to put themselves at the service of the 'Ndrangheta," said prosecutor Nicola Gratteri, who led the investigation.

"The mobsters are not in a position to carry out sophisticated money laundering. To do that they need professionals," he added.

Gratteri said it was the largest haul of suspected mobsters in Italy since a massive anti-mafia swoop in Sicily in 1984 which led to the so-called Palermo maxi-trial when more than 450 members of Cosa Nostra were tried.

The Palermo trial marked a turning point in the battle against the Sicilian crime gang, and their influence has waned dramatically over the past three decades, allowing 'Ndrangheta to surge to prominence.

Italian investigators say the group, which is made up of dozens of smaller clans that all answer nominally to senior leaders in Calabria, is now Europe's top cocaine broker.

Amongst those arrested on Thursday was a former lawmaker from Silvio Berlusconi's centre-right Forza Italia (Go Italy!) party, the centre-left mayor of a Calabrian coastal town and a senior official in the Carabinieri police.

"This has inflicted a very hard blow on the 'Ndrangheta," said Interior Minister Luciana Lamorgese.

Investigators say that while the 'Ndrangheta is still centred on Calabria, one of the poorest regions in Europe, it has successfully managed to infiltrate the wealthy north.

The head of the Valle D'Aosta region, which borders France and Switzerland, resigned last week after being placed under investigation for alleged vote-rigging linked to 'Ndrangheta at 2018 local elections. He has denied the accusation.