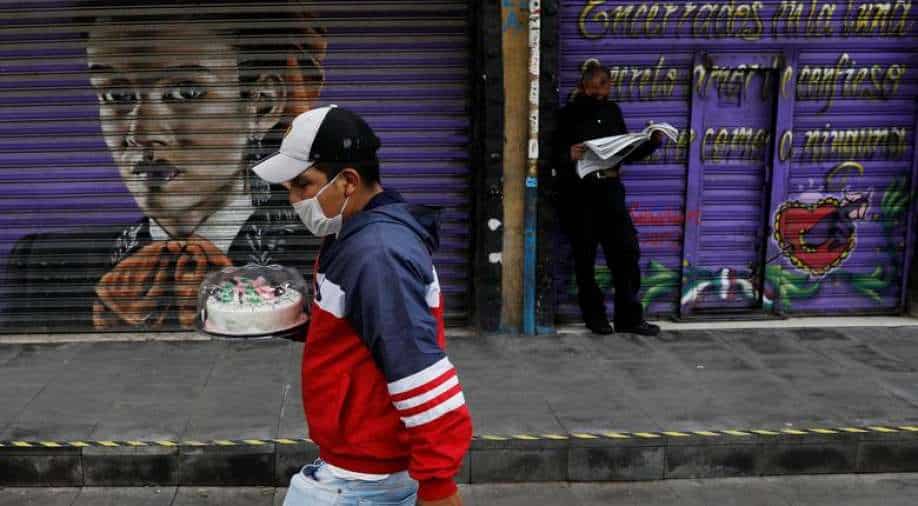 Mexico City will move next week to yellow status, the second lowest of four under the country's traffic-light system, Mayor Claudia Sheinbaum announced

Mexican authorities announced Friday a further easing of pandemic lockdown measures in the capital and the resumption of earthquake simulation drills, reflecting a decline in new coronavirus cases and deaths.

Mexico City will move next week to yellow status, the second lowest of four under the country's traffic-light system, Mayor Claudia Sheinbaum announced.

The move will ease restrictions on capacity or opening hours for businesses including shops, cinemas, casinos, amusement parks and banks.

The government also announced nationwide plans to restart earthquake and other disaster drills that were suspended last year because of the pandemic.

The exercises, held regularly before the health crisis, aim to prepare the country for the inevitable next major tremor to strike one of the most seismically active regions on Earth.

In Mexico City and other areas of seismic risk, the May 19 drills will simulate an earthquake with a magnitude greater than seven, while elsewhere authorities will pick a different type of disaster.

Alarms will ring out in the capital, whose warning system using seismic monitors aims to give residents up to two minutes' warning of earthquakes with epicenters along the Pacific Coast.

Mexico's official Covid-19 death toll of around 218,000 is one of the highest in the world, and the actual figure is believed to be significantly worse.

But in contrast to many parts of the world, new cases and fatalities have declined since a surge in January that the authorities blamed on social gatherings around the New Year.

Hospitalizations for Covid-19 have declined for 16 consecutive weeks, according to the health ministry.

In Mexico City, hospital occupancy has fallen to 16.5 per cent, from a peak of 90 per cent.

The country of 126 million has administered 20.5 million coronavirus vaccine doses, including more than 600,000 on Wednesday -- the most yet in a single day.