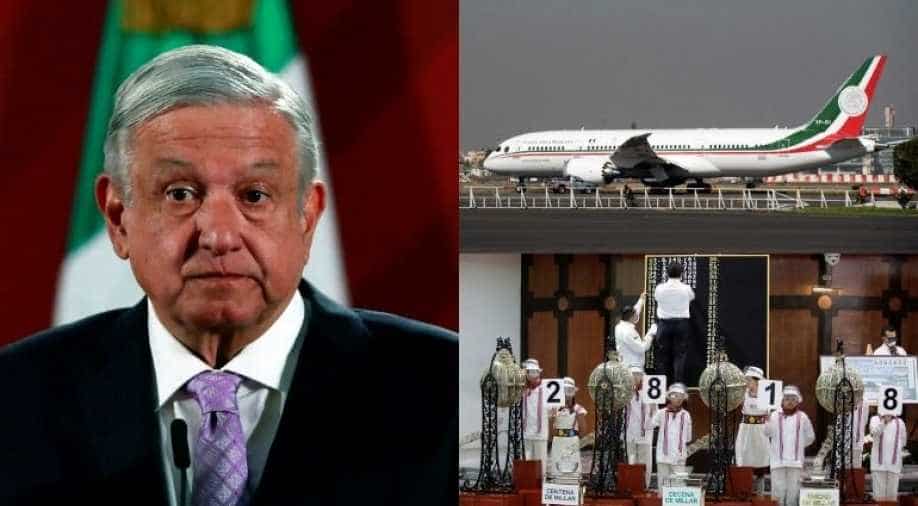 The total prize money of the raffle loosely represents the value of the Boeing 787 Dreamliner that President Andres Manuel Lopez Obrador has promised to sell to raise funds for social programs.

Mexico's national lottery is set to create 100 millionaires with a much-hyped raffle that the country's government has tied to a luxury presidential jet slammed as a symbol of the corrupt excesses condoned by its predecessors.

The total prize money of the raffle loosely represents the value of the Boeing 787 Dreamliner that President Andres Manuel Lopez Obrador has promised to sell to raise funds for social programs.

Mexico has struggled to find a buyer for the jet, and the raffle was conceived as an alternative way of generating funds, specifically for the public health sector.

The jet was acquired by former President Enrique Pena Nieto in 2012 and fitted with marble-lined bathrooms. Reconfigured to fly only 80 people, the plane has a "presidential suite" and a private bath.

The sale has been hamstrung in part by Lopez Obrador's unwillingness to accept offers below a United Nations-backed valuation of $130 million, even as the plane was potentially losing value as it sat unused in southern California.

Out of 6 million tickets offered, 100 winners can claim 20 million pesos each, or just under $1 million. By last week, only 70 per cennt of the tickets had been sold, but a flurry of last-minute interest led to long lines at lottery booths.

Lopez Obrador has promised that proceeds will go mainly toward chronically underfunded public hospitals. Authorities did not announce the names of the winners, which could include health clinics given hundreds of tickets by the government.

The prize money is partly funded by sales of confiscated property, including items taken from alleged drug traffickers. Critics say the event is an inefficient use of scarce funds that should instead be directly assigned in the budget.

Over the past week, government officials and allies have intensely marketed the $24 tickets. One government agency spent about $24 million on the event and some public workers complained they were obliged to take part.